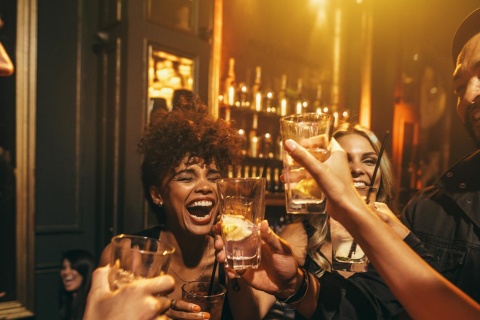 Spain is synonymous with fun, high spirits, great weather, and above all, a fantastic nightlife. You'll soon find that specially in large cities like Madrid, Barcelona, Valencia, Bilbao and Granada, and in areas such as the island of Ibiza, the Costa del Sol and Benidorm to name just a few, there's a whole host of restaurants, bars, concert venues, pubs and discos that guarantee you a night to remember, and which will go on until dawn and beyond. Going out for tapas in a string of different bars, getting to know the open and friendly temperament of the Spaniards, dancing to the beat of top international DJs, partying on in an after-hours club... there are numerous different options to choose from, which is what makes Spain's nightlife so incredibly special. Come and discover them.

Unique weather: the whole night ahead

It's very common in Spain to see gatherings of people enjoying a drink and chatting and laughing together in the bars from about 10 in the evening, and then on until the small hours of the morning. Not only that, but thanks to the mild temperatures, in spring and summer almost all the venues have an outdoor terrace where customers can sit outside and enjoy their drinks. The most popular days for going out are Fridays and Saturdays.

Going out for tapas

This is definitely one of the Spanish customs you'll love most. And that's because going out for tapas doesn't only mean going from bar to bar having a <i>caña</i> (a small glass of beer) and various portions of typical dishes. It is also a great way of discovering a multitude of bars with a great atmosphere, full of people having fun, and of taking part in what is really a whole way of life. Try asking for a <i>chato</i> (a squat glass of wine), a sangria, a <i>tinto de verano</i> (literally "summer red wine", or wine diluted with fizzy lemonade), a <i>pulga</i> (mini-sandwich)… After doing the rounds of the tapas bars, you'll feel in perfect shape for going dancing. 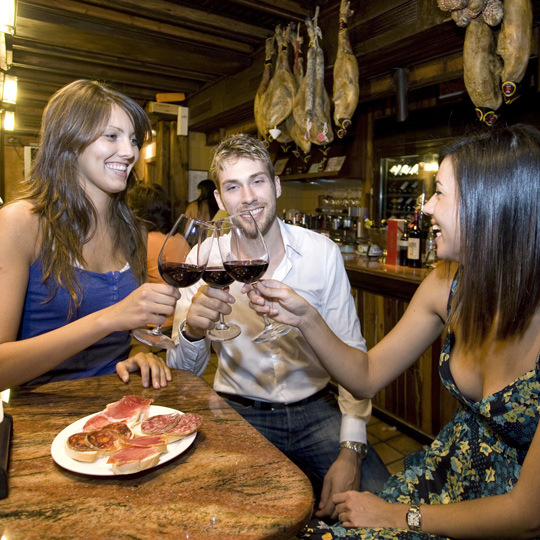 Toasting with friends in a typical tavern

Looking for live music? Why not check out one of the many concert venues, where you'll be able to hear all kinds of music, from singer-songwriters through to rock, jazz… or pop into any of the popular flamenco clubs to be found particularly in the area of Andalusia. And when it comes to dancing, whatever your age or preferences you're guaranteed to find a place to suit you: alternative style, with rock music, punk and indie; other trendier places where you can wear your coolest gear; electronic music to dance till you drop; or a more relaxed atmosphere ideal for quiet conversation. You'll also find different neighbourhoods in some of the larger cities so you can opt for an atmosphere to suit your mood.

Nowhere else in the world will you find discos as famous as those that await you in areas of Spain such as Ibiza. Thousands of tourists flock to our country to discover the legendary nights on offer on this island. The party begins by day with the street parades announcing the evening's attractions in the clubs that night. Then, unbridled fun and wild partying with go-go dancers, celebrities, a swimming pool inside an enormous disco, foam parties... anything is possible. 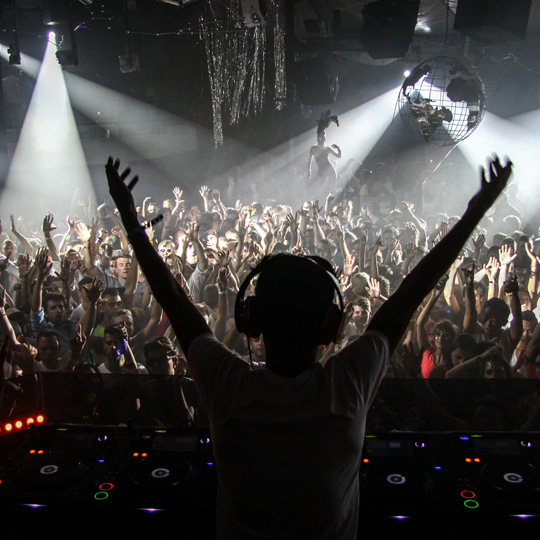 A night at the Pacha Ibiza disco © Faris Villena & Vitorino

The night never ends. Although some venues close before three in the morning, discos are allowed to remain open until the sun comes up. And if you still feel like partying after that, in cities like Madrid, Ibiza Barcelona and Ibiza you'll find clubs which open in the early hours of the morning so you can carry on having fun.

A sweet breakfast to top it all off

If you're somebody who feels a little peckish after a night out on the town, why not try the Spanish custom of enjoying a delicious cup of hot chocolate with “churros” (hot fritters) sprinkled with sugar while you watch the sun come up? You're sure to love it! 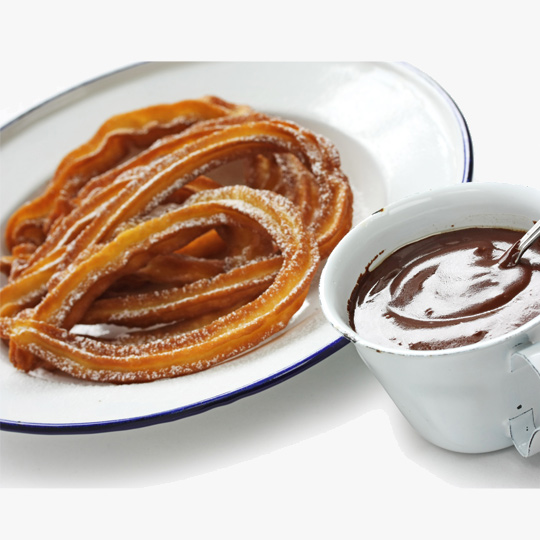 If you can't wait until Friday to go out, then Spain is also the place for you. And that's because, mainly in university cities like Salamanca, Santiago de Compostela and Granada, people very often meet to go out on Thursdays. The presence of students guarantees you'll always find a lively atmosphere in these towns.

Did you know that there are a multitude of companies in Spain which can organise an unforgettable stag or hen night? You won't have to worry about the flight, the destination or the disco. All you'll have to think about is having a great time. 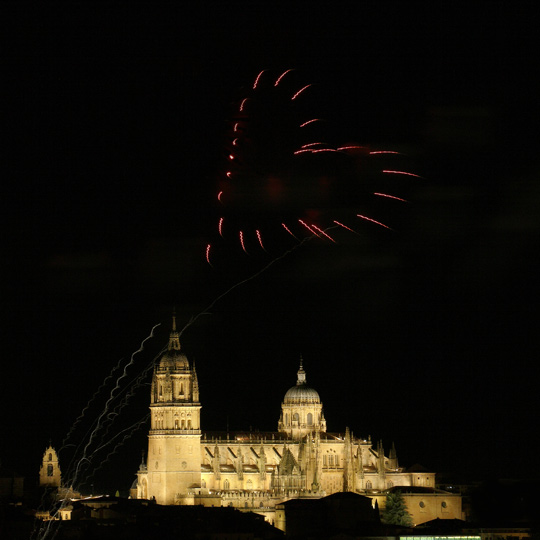 Many of Spain's fiestas attract thousands of people, all intent on having a good time, and these are the best times of all to guarantee a great party atmosphere, during the day and at night. February is carnival time in Cadiz and Tenerife, when the cities are filled with a multitude of spectacular costumes. In March the Fallas festivities in Valencia offer the sight of colossal castles of fire and non-stop partying in the streets. In July, you can see the typical bull-running through the streets of Pamplona in the fiestas of San Fermín and a party atmosphere in the pubs at night. August is the time of the fiesta of the Tomatina (tomato fight) in Buñol (Valencia)... There's plenty to choose from. 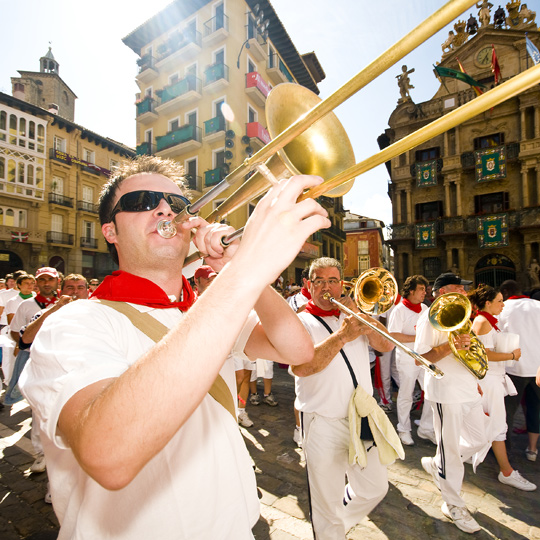 Freedom, respect and tolerance are among Spain's hallmarks, and that's why the country has become one of the number one destinations on the gay circuit, and where a great time is guaranteed. Some of the most popular spots are places such as Maspalomas, in Gran Canaria, and Sitges, on the Costa Brava. It is also quite common to find neighbourhoods in large cities which are particularly known for their numerous gay venues, as is the case of El Eixample, in Barcelona, or Chueca, in Madrid. This last neighbourhood is especially festive during the Gay Pride parade, which attracts thousands of people every year.

Partying by the sea

Can you imagine spending a night listening to music beside the sea? Well, you can do just that in numerous places throughout Spain, and particularly on the coasts of Catalonia, in the Region of Valencia and in Andalusia, where you'll find bars right on the beachfront. For example, the nights of San Juan (in late June) are famous, particularly in Alicante; as well as various popular festivities like the one in Cadiz in August to coincide with the city's football tournament, where thousands of people flock to the beach to enjoy a barbecue. 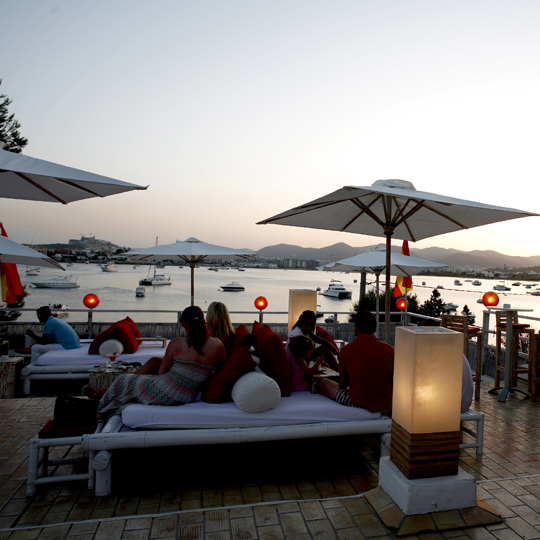 Seafront terrace on the island of Ibiza (Balearic Islands)

As you can see, in Spain you'll find a thousand excuses for staying awake and making the most of the night hours to have the maximum fun and enjoyment. So that everything runs smoothly, here are some tips.Practical advice- Most big cities have night bus services which usually operate from midnight until six in the morning.- Although many clubs are open until dawn, some of them –particularly in residential areas– close between one and three in the morning.- Admission to nightclubs is only permitted to people over 18.- Admission to certain venues may be restricted to a certain dress code.- The consumption of alcoholic drinks outdoors is prohibited, with the exception of the terraces belonging to venues which are specially adapted for this purpose.- Some beaches may have restrictions regarding noise, swimming and access, depending on the local regulations. 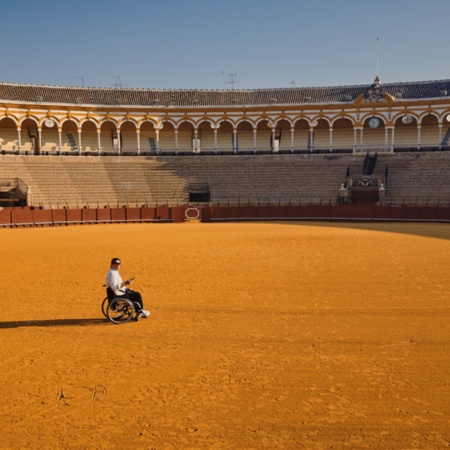 Spain, an accessible destination for people with disabilities 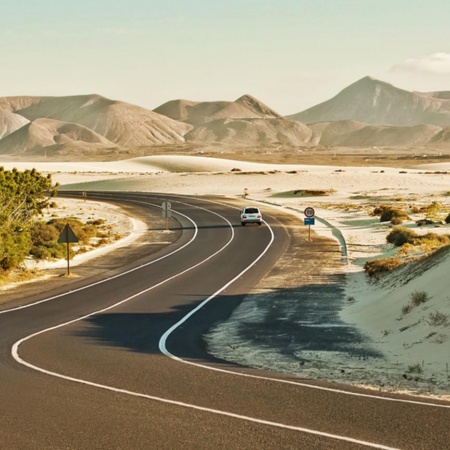 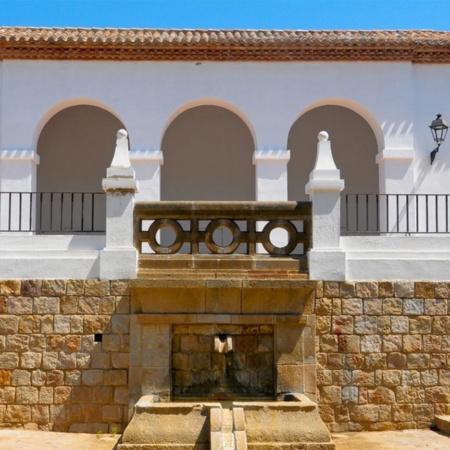