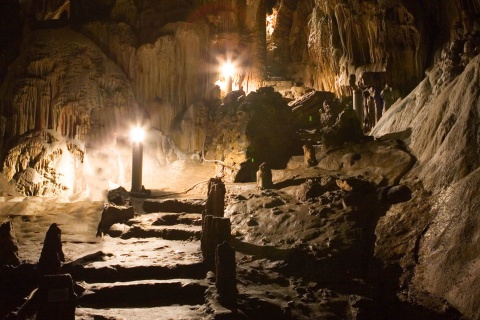 Prehistoric paintings from the Solutrean period

Although difficult to date, it is believed that these prehistoric paintings, discovered in 1914, are from the so-called Solutrean period, of the Upper Palaeolithic, some 18,000 years ago. It is around 60 metres long. It consists of diverse residences, the tour of which begins with the so-called Entrance Gallery. The hall of the engravings contains the most important panel in the cavern: the wall of the engravings, around six metres long and eight wide. It possesses a complex collection of figures which include images of deer, horses, bison, goats, a chamois and other animals which are difficult to identify. The techniques used are varied, mixing painting and engraving. The Camarín, at the end of this hall, is perhaps the most spectacular collection in the cave. At the top of a stalactite waterfall, this wall front features bovids, horses, a goat and an incomplete image of a bull. This same hall contains the Talud Stalagmite, a mural with figures of horses which precedes access to the Batiscias gallery. In the Hall of the Red Signs, we can see signs in the form of dots, lines and other symbols which some interpret as feminine and masculine. 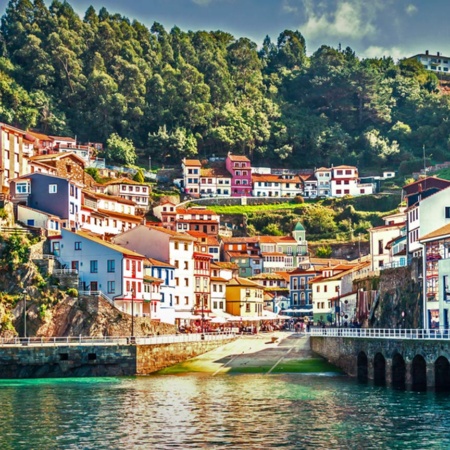