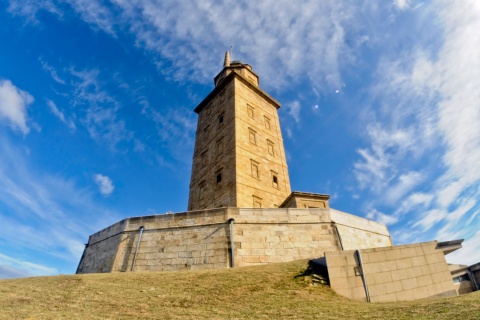 It is one of the oldest active Roman lighthouses in the world.

The Tower of Hercules is located between the cove of Orzán and the Gulf of Ártabro. It is a Roman lighthouse from ancient Brigantium It dates from the 2nd century CE, from the time of Trajan, and was restored in 1788 by order of King Charles IV of Spain. The work was done by the Portuguese architect Cayo Sergio Lupo.

It has a square ground plan, measures 68 metres and the light that it casts is visible at sea from a distance of 32 miles. The tower is divided into three sections, each successively narrower, up to the lantern. There are a total of 242 steps leading to the top of the lighthouse, but the effort is well worthwhile for its magnificent views of the city of A Coruña and its coastline. According to mythology, Hercules cut off the head of Geryon and built this monument after burying his remains below. 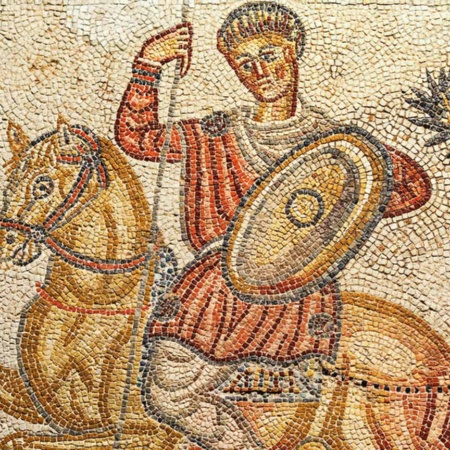 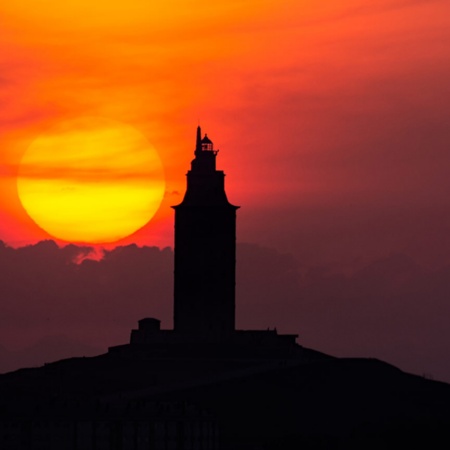 A guide to the lighthouses that shine out over the Spanish coast. 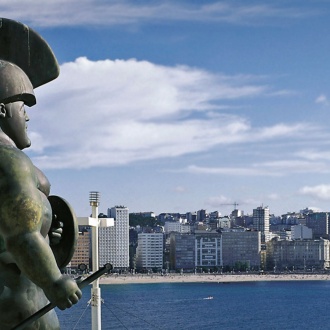 It lies in Ciudad Vieja.…