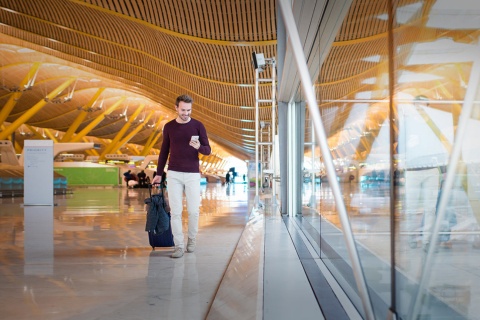 Information on Brexit for British tourists

After intense negotiations, on 24 December, Christmas Eve, the President of the European Commission, Ursula Von der Leyen, and Head of the Task Force, Michel Barnier, announced the conclusion of the Trade and Cooperation agreement between the European Union and the United Kingdom. They view it as a balanced agreement that will prevent major disruptions from 1 January and one that will protect European interests.In order to adequately protect the interests of citizens and economic operators, the Spanish Government has approved a royal decree law adopting the contingency measures aimed at completing and implementing, at a national level, the provisions contained in the Trade and Cooperation Agreement.

Tourist flows at the airport

How will tourism be affected by the end of the transition period?

The following information is intended to answer the main questions that may arise on the topic.

It is necessary to have a visa to travel to Spain from the United Kingdom?

No. As of 1 January 2021, UK nationals will remain exempt from the requirement to be in possession of visas when crossing the European Union's external borders for short-term stays (up to 90 days in any 180-day period). This visa exemption does not provide for the right to work in the Union and is subject to the reciprocity mechanism applying to third countries. 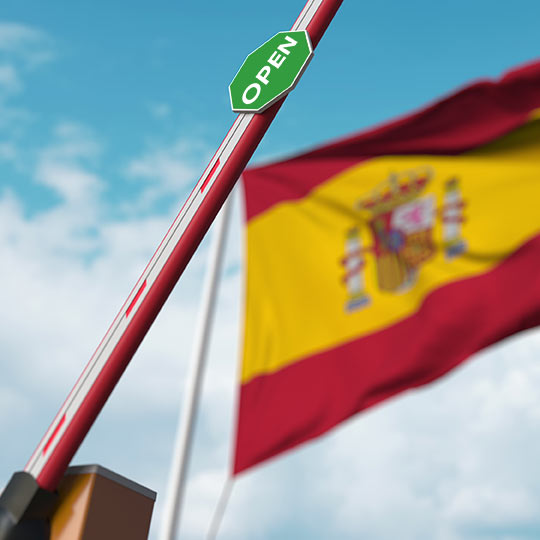 Open border with the Spanish flag in the background

Will there be any border controls?

As of 1 January 2021, UK nationals travelling to the European Union and the Schengen area will be treated as third-country nationals, and therefore subject to thorough checks at the Schengen area border. This means that intended stays in the territory of EU Member States cannot have a duration of more than 90 days in any 180-day period, and UK nationals will have to meet the entry conditions for third-country nationals. 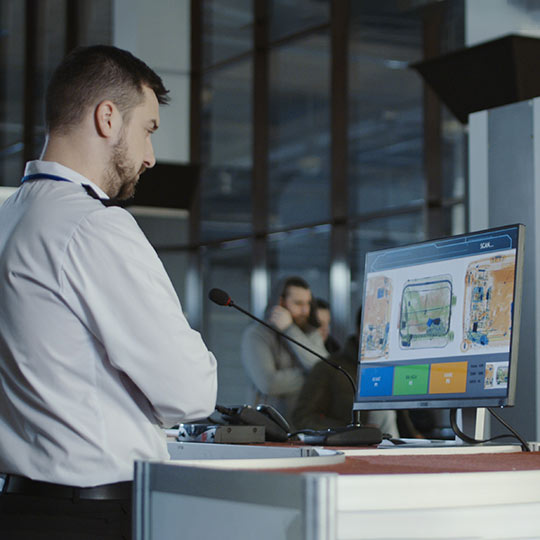 What about if I travel with pets?

If you travel with pets you can continue to do so, but you will need the British health authorities to issue the corresponding animal health certificate and they will be required to enter the country at one of the airports or ports authorised to this effect. For more information, visit the Ministry of Agriculture, Fisheries and Food website. 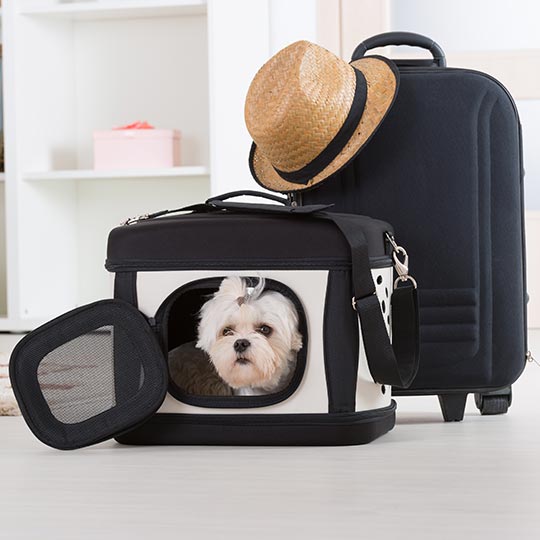 Pet in a pet travel bag

Will my British driving licence be recognised in Spain?

As of 1 January 2021, driving licences issued by the United Kingdom will no longer benefit from mutual recognition under Union law. In Spain, driving licences issued by the UK authorities that are valid and in force will enable their holders to drive in our country for a period of six months, as of 1 January 2021. After this six-month period, the arrangements for permits issued in third countries shall apply, in accordance with the rules in force concerning traffic, unless the Kingdom of Spain and the United Kingdom reach a bilateral agreement recognising the exchange of their driving licences. 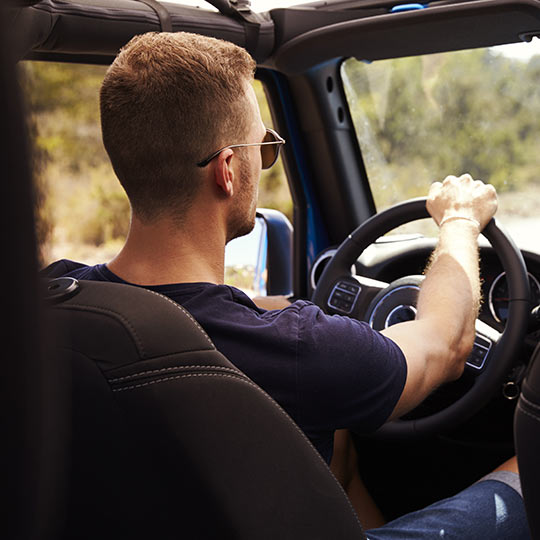 Will I have access to the Spanish healthcare system?

Yes, the social security coordination protocol of the Trade and Cooperation agreement between the European Union and the European Atomic Energy Community, for one part, and the United Kingdom of Great Britain and Northern Ireland, for the other, envisaged the health cover of British tourists during their stay in Spain. British citizens should contact the British institution to find out which document supporting their rights they are going to be issued with. 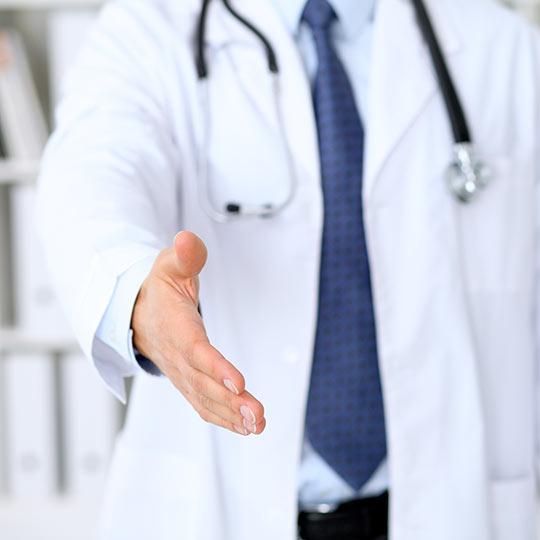 Doctor reaching out a hand of support 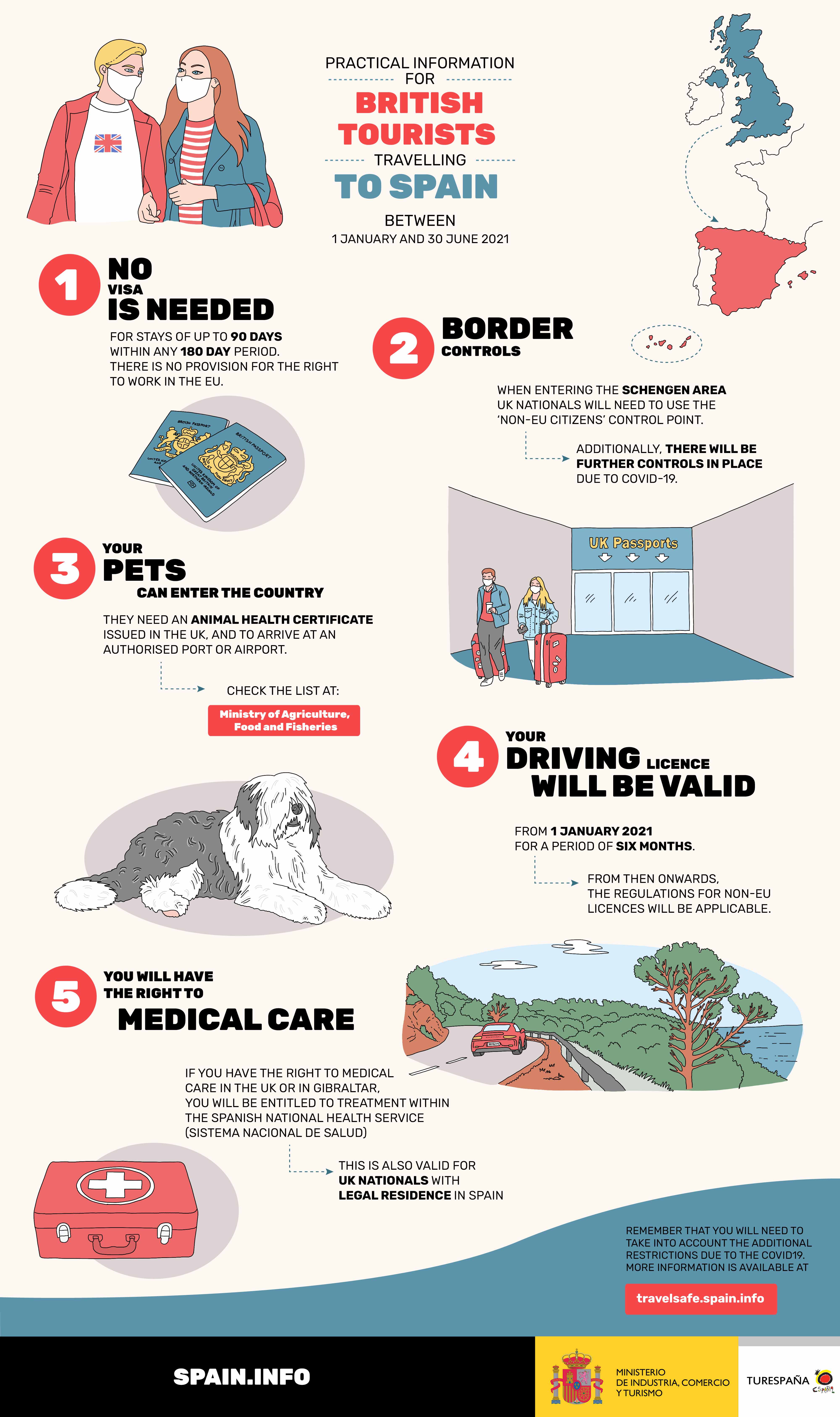 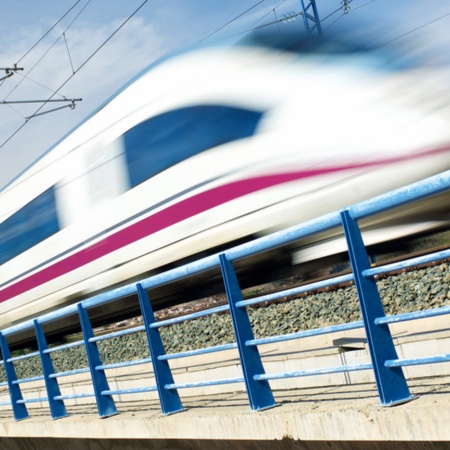 Travelling to Spain by train 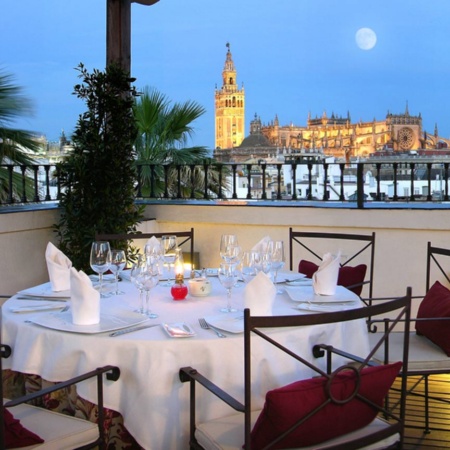 Ten tips for choosing your accommodation in Spain 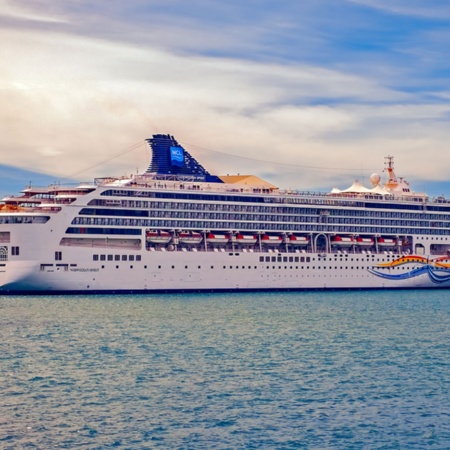 How to get to Spain by ferry or cruise ship