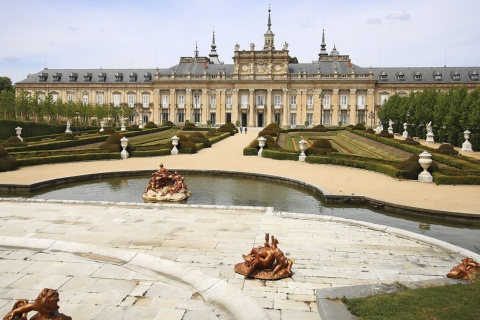 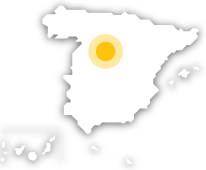 A mere 11 Km away from Segovia, at the foot of the Sierra de Guadarrama mountains, set in unique natural surroundings stands the Royal Palace of La Granja de San Ildefonso, a grand and impressive complex, built on the site of an old hostel run by the Hieronymite monks from the Monasterio del Parral monastery in Segovia.Work began on the palace in 1721.

In 1724 Philip V retired there in the hope of creating a royal residence after the style of the court at Versailles. To this end, the following twenty years were spent enlarging the gardens and the palace, which was used as a summer residence by Philip's successors up to the reign of Alfonso XIII.

Several different architects had a hand in its building, such as Teodoro Ardemans and Juan Bautista Sachetti, who managed to achieve a marvellous blend of Spanish Baroque and the French style, in addition to a subtle Italian touch. The remains of the King, along with those of his wife, Isabel de Farnesio, are kept in the collegiate church. The visit to the palace includes a tour of dazzling rooms, the period decoration of which has been preserved, as well as paintings by Panini and 17th century Flemish works, not to mention beautiful tapestries on show in the museum, where the 16th century Apocalypse series is also on display. The palace is surrounded by magnificent gardens containing a wide variety of plants and adorned with statues and 26 fountains, some of the spouts of which produce 40 m high jets, as is the case of those of the La Fama fountain. The site is completed with the La Granja Royal Glass Factory, an 18th century building that is home to a permanent exhibition, as well as other temporary ones, dedicated to the difficult art of glass-making. 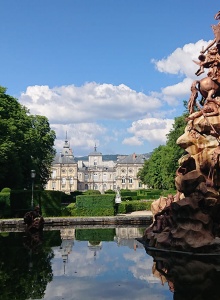 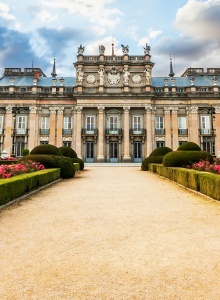 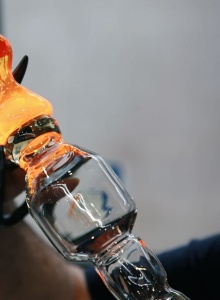