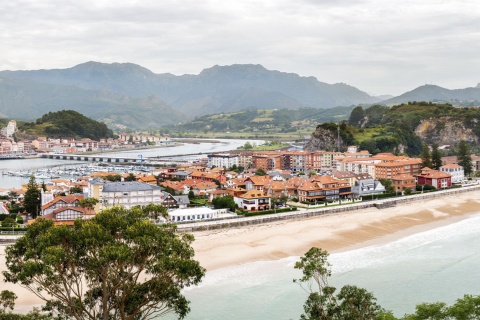 Panoramic view of Ribadesella in Asturias

The distinctive feature of the urban layout of Ribadesella is the bridge that divides the fishing port in two, and which every first Saturday in August is the finishing line in most Asturias' most emblematic festival: the canoe descent of the Sella River. Its historic quarter has been declared Property of Cultural Interest.

The historic town of Ribadesella was founded by King Alfonso X the Wise in the 13th century. It offers visitors an interesting mix of mediaeval town and Modernist architecture in addition to an outstanding beach area. The town has two clearly distinct parts: the east side with the old part of the city, and the west side, home of the Tito Bustillo cave, one of the treasures of European cave art. Similar to the one in Altamira, the cave contains impressive stalactites and paintings. In summer, it's a good idea to get there early if you want to be assured admission. It also has a museum containing the prehistoric findings in the area.

Highlights of the historic quarter include the churches of Santa Maria de Junco and San Esteban de Leces –Romanesque in origin–, the Gothic chapel of Santa Ana (15th century) and the Renaissance chapel of Nuestra Señora de Guía (16th century). The Town Hall in the Renaissance and Plateresque style is an outstanding example of civil architecture, as are the numerous stately homes dating from the 17th and 18th centuries. A considerable number of romantic villas in the Modernist and eclectic style sprang up in the modern district of Arenal de Santa Marina between the end of the 19th and the start of the 20th centuries, including the Modernist Villa Rosario, built by members of the rich bourgeoisie who had made their fortunes in the Americas.

Museum of the Territory of Ribadesella 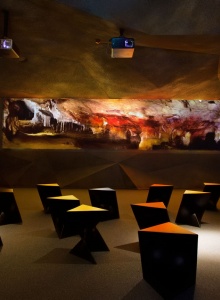 Palace of the Prieto Cutre family 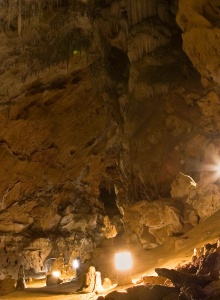