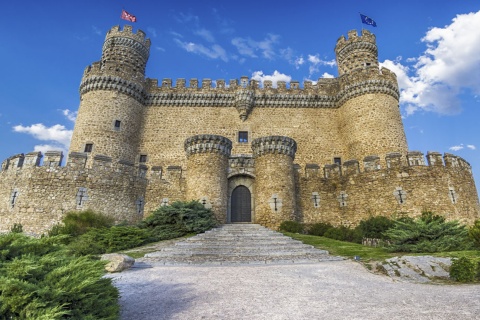 An ideal place to enjoy nature, history and outdoor sports less than 60 kilometres from Madrid. Manzanares El Real, nestling in the mountains of the Sierra de Madrid, is situated within the Cuenca Alta del Manzanares Park, declared a Biosphere Reserve by UNESCO in 1993.

Nearby lies La Pedriza, an area of great environmental importance dotted with jagged granite peaks and steeped in legend – it was a favoured haunt of bandits in the second half of the 19th century. Not surprisingly, it also provides some exceptional climbing.

One of the highlights of the town’s rich historical and cultural heritage is Manzanares El Real Castle, built in the 15th century. It is one of the best-preserved fortresses in the Madrid Region. The castle houses 17th-century tapestries and furniture, and a museum on the castles of Spain. The Museum of Ethnology is home to archaeological remains uncovered in the municipality and a reconstruction of a traditional dwelling. Other activities include fishing at Santillana Reservoir, walking, horse-trekking and cycling trails, and sampling typical Castilian cuisine. 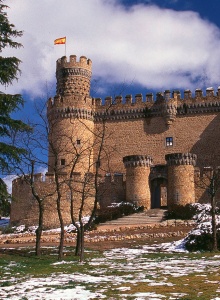