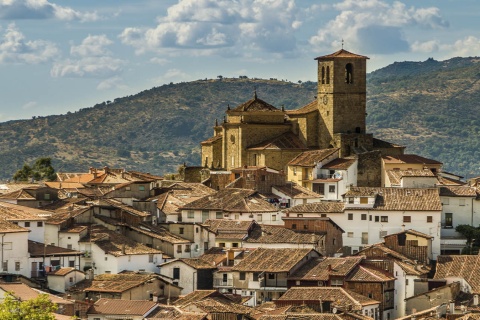 The festivities of the converted Jews, in addition to plays that are staged about Jewish culture and customs, are a testimony of the important legacy that this community left in Hervás.

The most significant feature in Hervás' historical heritage is the Jewish quarter. Its narrow, steep streets are lined with houses clustering together like grapes, which were made with adobe and chestnut-wood frameworks, their roofs plastered with Arab tiles to shield the wind.

The architectural heritage includes remarkable civil buildings such as the palace of Dávila, a large house from the middle of the 18th century, which at present houses a stately home-museum, and a public library. The religious heritage includes the parish church of Santa María, erected in the 13th century, which exhibits elements that were added from the 16th century thru the 17th; the convent of the Trinitarian Fathers, inaugurated in 1659; the hermitage of San Andrés, from the 14th century, which at present houses the religious image of Cristo de la Salud, patron saint of Hervás; and the hermitage of San Antón. The infirmary of the Franciscan monks, from the 18th century, is currently home to the City Hall and the Municipal Police. In Hervás, we can find beautiful leather and wooden handicrafts, as well as a peculiar collection of classic motorcycles, the first in Spain and the second in Europe. 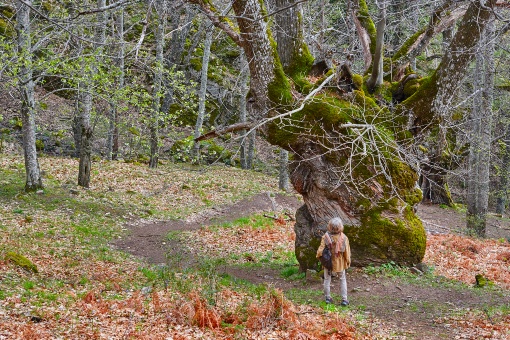