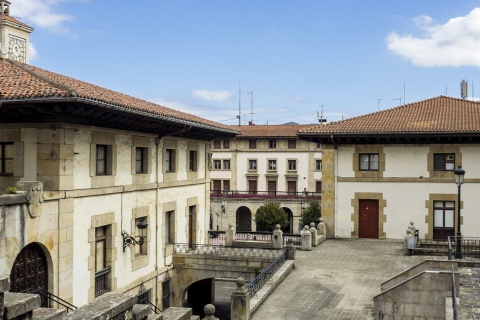 The town sits in the valley of the river Oka, which flows into the Gernika estuary. Very close by is the Urdaibai Nature Reserve, which UNESCO has declared to be a Biosphere Reserve.

The cave of Santimamiñe (Kortezubi) shows that the valley has been inhabited since prehistoric times. Inside are cave paintings comparable in terms of quality and richness to those of Altamira. From that period on, Gernika was inhabited by successive civilizations until its foundation as a town in 1366.

In town, you must visit the Casa de Juntas del Señorío de Vizcaya (the meeting hall of the gentlemen of VIzcaya), with its symbolic tree - the Basque leaders used to meet under it to decide on the interests of the community-, the “juradera” church of Santa María, the Museum of Euskalerria and the Parque de la Paz (park of peace), with colossal sculptures by Eduardo Chillida and Henry Moore. In 1937, during the Civil War, the town was totally destroyed by German aircraft sent by Hitler. This experimental act, which inspired Picasso's legendary painting, was the first of similar atrocities carried out in subsequent wars. En 1987, the 50th anniversary of the bombing was held along with the Preliminary Congress of the World Association of Martyred Cities. Gernika has earned the title of “peace symbol city', twinning with other cities and making commitments to cooperating with them in the fields of culture, education, and industry: Berga (Catalonia), Pforzheim (Germany) and Boise (Idaho - USA). 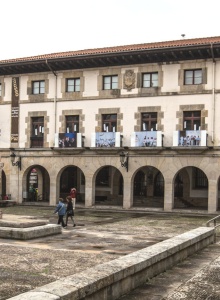 Factory of Astra-Unceta and Cia 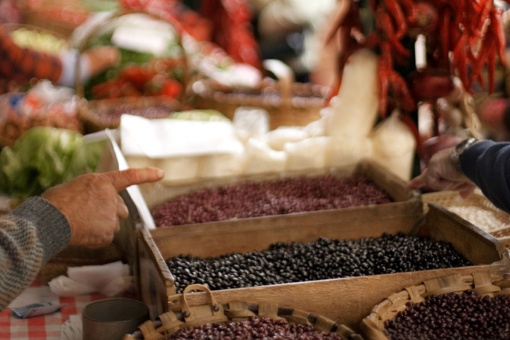