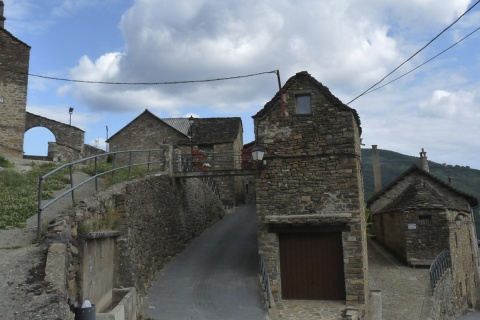 From Castillejo we can access the Garcipollera National Game Preserve, and several forest trails that cross this rugged and secluded valley.

Supposedly, this village, located seven kilometres away from Jaca, owes its name to an ancient castle, of which only a few small remains are left. The historic quarter is located on the right bank of the Aragon river. In the highest part of town we find its church, famous for keeping relics of several saints, since time immemorial. In fact, one of the local holidays, which takes place on the first Sunday of July, is known as the "festivity of the relics".

Very close to Castillejo we find the famous monastery of San Juan de la Peña. It is believed that the origins of this monastery date back to the Arab invasion, which inspired a group of hermits to retire to this hidden spot in the Pyrenees, and to create a hermitage which existed until the 10th century. After several historic vicissitudes, the monastery was erected, which became the most important in Aragon in the High Middle Ages. In addition to the buildings, we must point out the great natural surroundings.

Church of Nuestra Señora in Iguácel