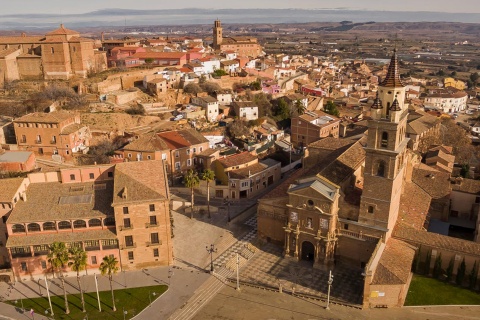 It is the main town in Lower Rioja. It stands on a promontory overlooking the fertile plain of Cidacos and its chief activity is distributing the area's excellent garden produce.

In the historic centre of Calahorra there are still a good many vestiges of its past, such as the Cathedral, in an elevated flamboyant Gothic style and with a main front bearing alabaster figures, which dates from the 15th century; and its San Jerónimo door, in the plateresque style. Outstanding inside are the chapel of Cristo de la Agonía and other smaller chapels such as Cristo de la Pelota or Visitación. Also prominent are the baroque sacristy and the plateresque cloister, which house the treasures of the Cathedral Museum: paintings, precious metalwork, a bible from the 12th century and the spectacular monstrance known as El Ciprés (the cypress tree).

In the Muslim old town there is a Roman arch and the church of San Andrés, from the 16th century. In Plaza del Raso, a former Roman forum, stands the church of Santiago, the finest example of La Rioja's Neoclassic style. Also worth a visit are the Municipal Museum, which contains some 11,000 archaeological pieces, among them the famous Dama Calagurritana, and the Carmelite convent, which houses a splendid Christ tied to the column by Gregorio Fernández. The Marco Fabio Quintiliano Parador de Turismo is in the central Paseo del Mercadal. 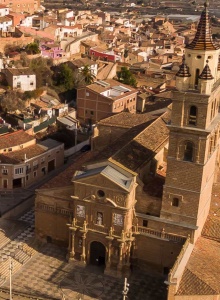 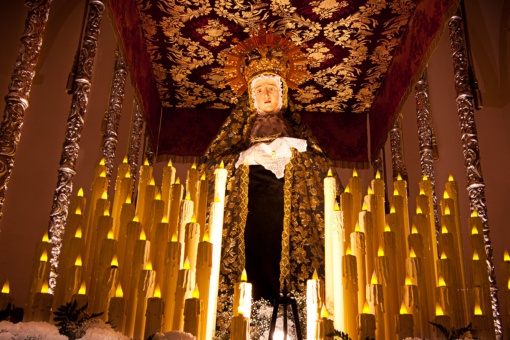