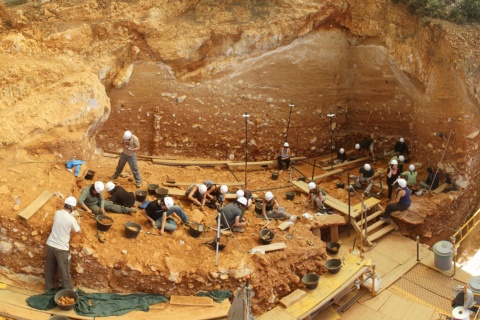 Atapuerca is a small municipality located 18 kilometres from Burgos, on the north slope of the mountain range with the same name. It is renowned for the prehistoric archaeological sites discovered there.

Declared a UNESCO World Heritage Site on 30 November 2000, the Atapuerca mountain range sites are the only ones in Europe where it is possible to see how ways of life have evolved, from the first humans who lived on the Old Continent approximately one million years ago to very recent eras.

The history of Atapuerca started in 1899 when the construction of a railway uncovered several archaeological sites. But it would not be until the 1960s when the Edelweiss caving group became the driving force for the most relevant research. This group was informing mining engineer Trinidad Torres where to find cave bear bones for his doctoral thesis. However, while excavating they discovered very old human bones in the Cueva Mayor main cave. These were analysed and confirmed by Palaeontology professor Emiliano Aguirre, and this constituted the first phase of a large scientific project that began in 1978 and continues today. A significant discovery of human remains in the 1990s catapulted Atapuerca to fame and allowed for much deeper understanding of human evolution. In Pablo García Virumbrales square, visitors can find a tourist information office which is run by the Centro de Iniciativas Turísticas Sierra de Atapuerca. For more information, go to www.citatapuerca.com 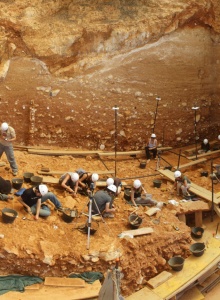