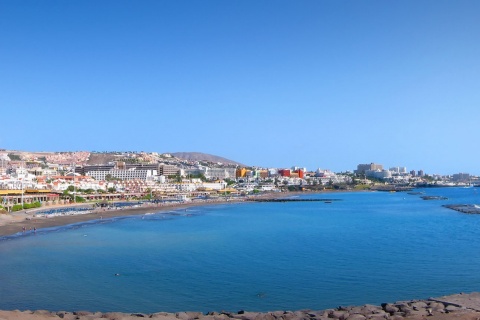 Situated in the south of the island of Tenerife, between the foothills of the Teide and the crystal-clear waters of the Atlantic Ocean, is the Canary Islands town of Adeje.

Here, architectural heritage blends with highly contrasting natural landscapes, where visitors may indulge in whale-watching of follow trails through the ravines leading to the highest peak in Spain. Luxury housing developments, with their own swimming pools, golf courses and all kinds of facilities, line the coast, combining tourism quality with respect for the environment. Tenerife's exquisite cuisine and the excellent temperatures for which the Canary Islands are famed accompany visitors throughout their stay.

The Teide, which at 3,718 metres is the highest peak in Spain, dominates the whole of Tenerife. Towards the south of the island, the volcanic aridity of this landscape gives way to ravines and lush vegetation. As a result, the municipality of Adeje boasts the magnificent scenery of the protected space comprising the Adeje Massif and the so-called Barranco del Infierno ("Hell Ravine"). Numerous footpaths traverse this mountainous landscape, affording spectacular views of the Teide and the Atlantic coastline.Meanwhile, the Adeje Coast boasts excellent waters, many of which have been awared the Blue Flag quality distinction. Long sandy beaches fringe a coastline that offers not only a varied range of nautical sports but also deep-sea diving facilities. Sailing, windsurfing, submarinism and big game fishing provide a complement for other activities such as golf and paragliding. Similarly, there are numerous companies specialising in the hire of sailing and fishing boats, as well as dolphin and whale watching trips. The island of Tenerife is situated on a route frequented by these animals, the contemplation of which provides yet another of its attractions.Beaches and housing developmentsAmongst a wide range of accommodation including hotels, apartments, villas and rural houses, an important role is played by large luxury housing developments such as San Eugenio, Playas del Duque and Fañabé. After all, this municipality encompasses both the famous Las Américas beach and the Puerto Colón marina.The night life is provided by restaurants, night clubs and pavement cafés with non-stop entertainment overlooking the ocean. This is an excellent time to sample the local cuisine, based above all on fish and seafood. "Mojo picón" (a sauce made from oil, garlic and paprika) is served with most dishes, including the famous potato dish "papas arrugadas". "Gofio canario", flour made from wheat, corn or chickpeas, is also a typical ingredient of many tasty dishes, its origins dating back to the Guanches, the Pre-Hispanic inhabitants of the islands. Recommended desserts include "huevos moles" (made with egg yolk and sugar), "bienmesabe" (sponge cakes made with "huevos moles") and the so-called leche asada.(caramel milk).The province of Santa Cruz de Tenerife, in which this island is located, produces numerous Label Guarantee wines, such as Abona, El Hierro, La Palma, Tacoronte-Acentejo, Valle de Güimar, Valle de la Orotava and Ycoden-Daute-Isora. These wines, the most outstanding of which are the Malvasía variety (made from muscadine grapesl), are all served in Adeje.The town of AdejeSituated a few kilometres inland, the town has an interesting historic quarter in which the essence of colonialism blends with the indigenous essence of these lands. The so-called Casa Fuerte is a good example of the town's rich history. This fort was constructed in the 16th century to combat attacks by pirates and corsairs. For more than three hundred years it was the centre of the city and housed the important historical archive that is now kept at the Canary Islands Museum in Las Palmas.Also worthy of mention is the parish church of San Úrsula the simplicity of which is unusual for the 16th century when peninsular architecture tended to be much more elaborate. Its two aisles, two doors on the main façade and the steeple are amongst its most emblematic elements, as are the choir and baptismal chapel. The coffered ceiling is Mudejar, whilst the the reredoses are designed in the colonial Baroque style.The Museum of Religious Art contains a magnificent collection of religious objects dating from the period between the 14th and 19th centuries, as well as several Gobelin tapestries from the French Royal Factory of Louis XIV.To gain a real insight into the traditional Canary Islands architecture of the 17th and 18th century, a visit to the Granero, a rural construction, is an absolute must. Stone walls, wooden elements and a hipped roof form part of the structure of this old granary, which nowadays houses interesting exhibitions.Adede may be used as base from which to tour the southern part of the island of Tenerife and explore the Teide National Park, on the ravines of which is situated the magnificent parador. In Vilaflor visitors may admire the so-called Lunar Landscape, whilst a tour along the coastline takes in beaches such as Las Américas, Los Cristianos, La Caleta and the Los Gigantes beach situated at the foot of the cliffs of the same name. 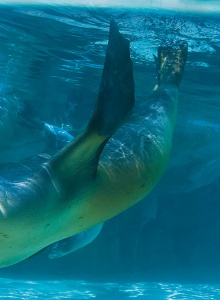