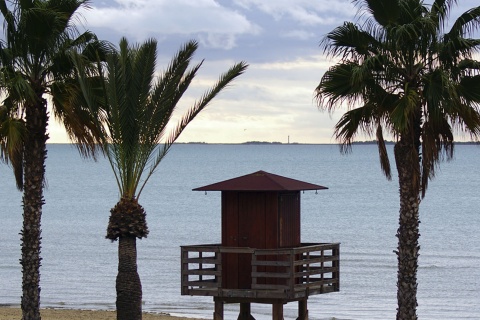 After being re-conquered in the 11th century, a monastic community was established here until the 16th century. In the 18th century, when the Borbon dynasty came to power, the appearance of the village changed with projects such as the canal, the fortification of the port, Plaça de Carles III Square, Esglèsia Nova Church, La Glorieta viewpoint, Las Fonts de les Alamedes Fountain, Plaça del Mercat Square, the town's main hub of activity, and Los Porches Colonnade. Also outstanding is La Guardiola viewpoint, 116 metres high, ideal to admire the views of the Delta.

Sant Carles de la Ràpita is also noteworthy for its broad beaches, ideal for water sports such as scuba diving, sailing and windsurfing. As far as gastronomy is concerned, special mention should be made of the exquisite, highly renowned local prawns.