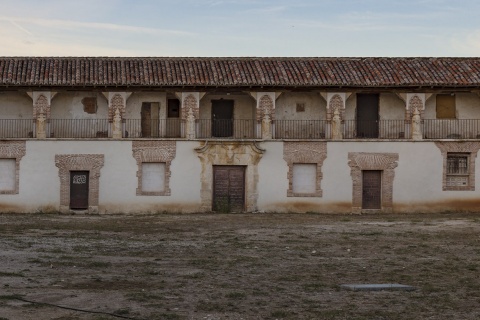 This town was founded in the 18th century by Juan de Goyeneche, who commissioned its design from the architect José de Churriguera. Its old town has been declared Property of Cultural Interest.

There is a predominance of the Baroque style in the old quarter of this town, located some 45 kilometres outside the city of Madrid in the southeast of the Madrid Region. The monumental site consists of the Goyeneche Palace, the church of San Francisco Javier and the two adjoining squares. The palace is flanked by a tower, topped with ornamental spheres and has two storeys set off by semicircular arches.

The main façade of the palace is decorated with a lion's head which bears the coat of arms of the Valle de Baztán. The church has three towers with slate spires. The façade is decorated with a niche which contains the carved figure of San Francisco Javier. The square and its gardens open out in front of the main façade of the church, and at the back is another square known as the Plaza de Fiestas, framed by a long balcony with arches and parapets. The main festivity is in honour of Cristo del Socorro, and takes place during the first weekend after 3 May. The celebrations include the curious tradition known as the 'Javierada' on the second Sunday of March, featuring a popular pilgrimage organised by 'ex-patriots' from Navarre living in Madrid. The Valmores trail is also an excellent way to discover the natural surroundings.