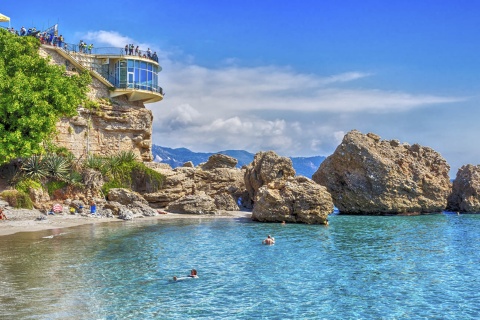 The Balcony of Europe and Caletilla Beach in Nerja (Malaga, Andalusia)

Located in the historic region of La Axarquía, Nerja is bright town on the Málaga coast which has a beautiful sea front formed by beaches, coves and cliffs.

Its historic quarter has fine examples of popular architecture, with lovely walks and emblematic spots such as the Balcón de Europa, a splendid viewpoint over the sea. The area has been populated since prehistoric times, as the cave paintings found in the famous caves of Nerja, known as the “prehistoric cathedral”, reveal.

Its busy calendar of festivals, as well as the tasty dishes which make up the local cuisine, make the attractions of Nerja complete. Nerja, located on the western end of the Costa del Sol, has all the ingredients to charm any visitor. Its annual average temperature, around twenty degrees Celsius, the beautiful mountain landscape of Málaga's La Axarquía region, as well as a rugged coastline of beaches and cliffs, are just some of its attractions. The beach of Burriana is one of the most important around the town. Backed by housing developments, it is an extensive stretch of sand some 700 metres long equipped with all kinds of facilities and services. On a cliff overlooking the beach stands the Parador de Turismo. La Torrecilla, El Salón or Calahonda, this latter one located under the Balcón de Europa, are other beaches in town. On them, the visitor will find everything is to hand: from housing developments, modern hotels and restaurants to shops and places to hire sports gear. Emerging from among picturesque cliffs are quiet coves of great natural beauty, such as La Caleta, la Cala Barranco de Maro or las Calas del Pino. On all of them, as well as being able to enjoy a refreshing dip, it is possible to do all kinds of water sports, from windsurfing to sailing. The cave of Nerja The cave of Nerja, discovered in 1959, is one of the town's major tourist attractions. Declared to be a Historic-Artistic Monument, it possess almost two kilometres of underground galleries which are open to the public. Here you can admire the surprising geological formations sculpted by the slow passing of the centuries. Highvaults and spacious halls decorated with columns, stalactites and stalagmites have caused it to be known as the “Prehistoric Cathedral”. The Hall of the Waterfall, so-called because of the peculiar shapes formed by its groups of stalagmites, is the exceptional setting for the Cave of Nerja Festival, which, for more than three decades, has gathered together the most prestigious figures from the world of music, dance and the performing arts. The cave is also of archaeological interest, since it houses a collection of cave paintings attributed to the Paleolithic period, although remains from other periods, such as the Epipaleolithic or Neolithic have been found. In the Entrance Hall there is an interesting collection of ceramic pieces, tools and paintings found on the site. The old town Nerja boasts fine examples of the typical local architecture. Among its sites, it is possible to mention the hermitage of Nuestra Señora de las Angustias, patron of the town. Built in the 16th century, on the inside are outstanding frescoes which decorate its dome. Standing on the remains of a historic coastal bastion is one of the town's most emblematic spots: the Balcón de Europa, today transformed into a lively promenade which ends at the splendid viewpoint overlooking the sea. Striking among the coastal architecture are the great many watchtowers which stand along the shore. The Torre de Maro, a fine example of this kind of construction, provides some of the best views of the surrounding area. In the area of Barranco de la Coladilla stands the Águila Aqueduct. This magnificent feat of 19th century engineering, still in perfect working order, has four rows of arches on top of one another and, in the highest section, an entrance niche and another central niche. Gastronomy, festivals and surrounding area Nerja has a wealth of gastronomic tradition, with tasty dishes such as "ajoblanco con uvas" (cold soup with almonds, oil, garlic and grapes), imagora salad or noodle casserole. From the sea come dishes such as Burriana sea bream on the grill or fish and clams with paprika. The raisins from La Axarquía or "torta sanjuanera" (made with flour, sugar, oil, eggs and aniseed) will round off a tasty meal, always accompanied by Designation of Origin Málaga wines. Outstanding among the many local festivals is the Nerja Fair (from 8 to 12 October), in honour of the town's patrons, the Virgen de las Angustias and San Miguel Arcángel. On 15 May, the San Isidro Pilgrimage is held. Meanwhile, on the Day of the Virgen del Carmen, on 16 July, an image of the Virgin is carried in procession around the coastal area. Nerja and its surrounding area, La Axarquía, have numerous surprises in store for the visitor. Nature lovers will enjoy a visit to the nearby Maro-Cerro Gordo Beauty Spot, an impressive headland with cliffs and crowned by a tower. To the north of Nerja is Frigiliana, which has a prehistoric necropolis. Tourist towns appear along the coast, such as Torre del Mar or Rincón de la Victoria. A trip inland takes you to Vélez-Málaga, dominated by the castle which gives the city its name. From the capital of the region, you can discover villages with a clear Arab legacy, such as Árchez, Comares, Alcaucín or Viñuela 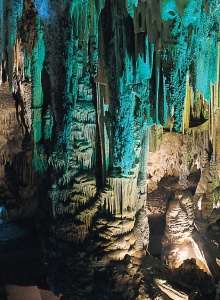 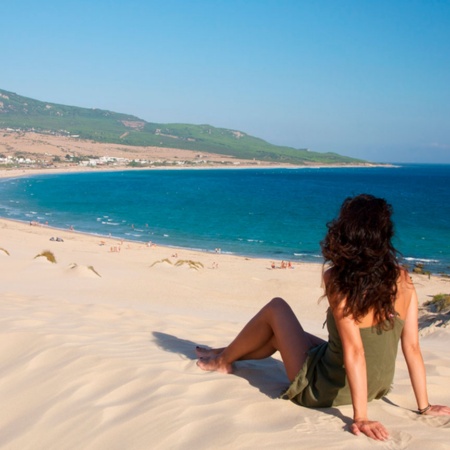 The Costa del Sol and Costa de la Luz, where you can feel free 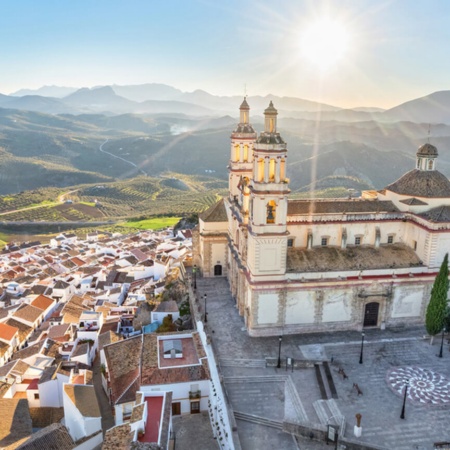 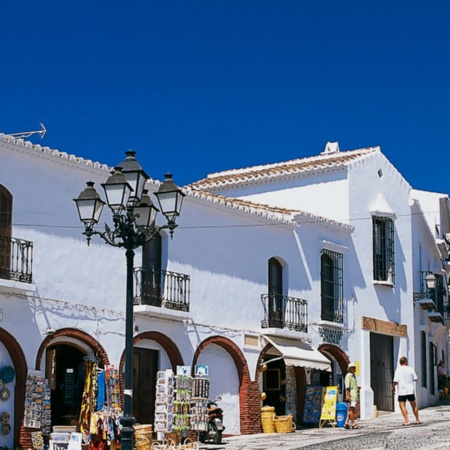