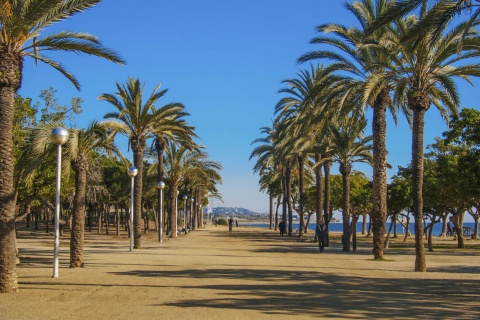 Located at the heart of the region of Maresme, Barcelona, we find Mataró, with a rich history that dates back to Roman times. Its significant marina and beach are some of the main attractions found in this gorgeous coastal town.

Mataró, a thriving industrial, commercial and tourist town in Costa de Maresme, is heir to a long and rich historic legacy that goes back to the Roman square of Lluro, as can be seen at the archaeological site of Llauder Tower, which contains the ruins of a typical Roman villa from the 1st to the 3rd century AD. However, many other significant events have left their landmark in this town, such as the 1848 construction of the first railway in the history of the Iberian Peninsula, which linked Barcelona and Mataró. The old city centre is delimited by the 16th-century walled enclosure. In the centre, we find the 15th-century basilica of Santa María, with a medieval and Neo-Romanesque façade added in the 19th century.

Nowadays, La Wrier and La Rambla are the main commercial arteries in the city. There we can observe distinguished buildings such as the City Hall, from the 17th century, which includes architectural elements that were added in later periods. In Plaza de Santa Anna, the point where these two streets converge, we can visit the homonymous Baroque church. We can also visit other remarkable buildings such as the House of Caputxines, from the 18th century, and the Regional Museum of Maresme, located in a Renaissance-style building. Modernism has left a particular mark in Mataró, thanks to the legacy of architect Josep Puig i Cadafalch, born in the city. Also his is the Coll i Regàs House, one of the emblems of the city. The capital of Maresme is a city that faces the sea, next to which it has placed its most attractive tourist establishments. A wide promenade runs parallel to the beach, with excellent services available to enjoy bathing and water sports during the summer. The long seafaring tradition in Mataró is evident in its active marina, considered to be the most important in the region. There we find plenty of shops and restaurants that make this waterside a remarkable shopping and recreational centre.