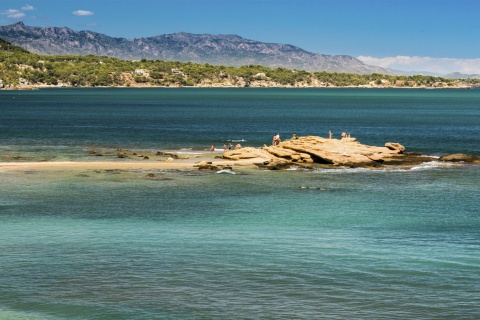 The origins of Perelló go back into prehistory, as can be seen from the Cabra-Feixet rock paintings, which have received the World Heritage designation. The village was an important Roman settlement, and there are many remains to be seen from this period, such as part of the Via Augusta roman Road, bridges and wells. El Perelló was an old hospital in the 14th century. It has suffered many attacks and disputes over history, always managing to recover. Torre dels Moros Tower, Sant Cristófol Shrine and El Coll de les Forques are other outstanding monuments.

Nowadays, the village is also known as the "Delta Viewpoint", on account of it privileged location. El Perelló combines sea and mountains. Another of its attractions are is its peaceful beaches with crystal clear waters. The mountains, meanwhile, form part of the village landscape. Exquisite honey and olive oil, famous throughout Catalonia, are outstanding in the local gastronomy.