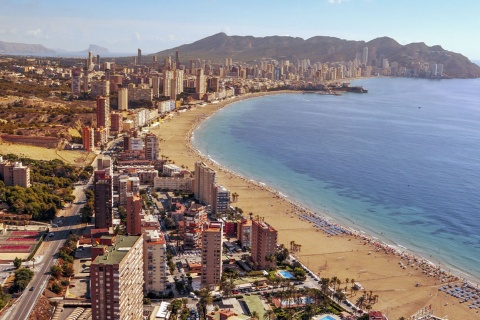 Located in the Marina Baixa region in Alicante, Benidorm is one of the top tourist destinations on the Costa Blanca, thanks to its excellent beaches and its wide range of accommodation, restaurants and leisure activities.

Its historic centre stands on a promontory, and contrasts with the broad avenues lined with buildings, shops and outdoor cafés which extend five kilometres along the coastline. Benidorm offers a whole range of possibilities: from strolling along the seafront promenade or swimming in the sea, to enjoying a range of water sports or taking a boat trip to the island of Benidorm. …Not to mention the various local festivities, and its mouth-watering cuisine featuring rice and fish as its star ingredients.

Benidorm is one of the most important tourist resorts on Alicante’s Costa Blanca. Its fine sandy beaches, crystal clear waters and outstanding year-round climate have made it justly famous, and it also has a full range of first rate infrastructures and services. But there is no doubt that Benidorm’s greatest attraction is its marvellous beaches. Its five kilometres of coastline are home to endless sandy beaches and secluded coves where holidaymakers can enjoy a refreshing swim, or try their hand at any one of the numerous water sports on offer: scuba diving, water skiing, windsurfing, sailing, etc. Situated to the north of the port, the Levante beach is one of the most beautiful beaches in the city. Its location in the town itself, as well as being handy for a whole range of services, also makes for easy access to these over two kilometres of fine golden sand. This emblematic beach is set against a busy seafront promenade which is dotted with pavement cafés and restaurants, and is also the site of a lively nightlife. The Poniente beach stretches for some three kilometres to the south of the town. Like the Levante beach, it is also set against the backdrop of a long seafront promenade and offers a full range of services, as well as being accessible and convenient. Between these two famous beaches in Benidorm lies the Mal Pas, a tranquil cove with fine sand, near the historic part of town and the port. Ti Ximo and La Almadrava are at the southernmost end of Benidorm, where the coastline becomes rockier and more difficult to access. At some distance from the centre of town, these secluded natural coves offered the chance to get away from the hustle and bustle of the town, and to enjoy scuba diving or snorkelling on the magnificent rocky seabed.

The historic centre of Benidorm stands on a promontory located between the two main beaches, the Levante and Poniente. This was the original site of the city, a primitive fishing village overlooked by the church of San Jaime. Built in the 18th century, its blue domes rise above a network of narrow streets and picturesque corners. The Cerro Canfali rock gives onto the viewing point known as the Balcón del Mediterráneo (“balcony over the Mediterranean”), which offers outstanding views over the sea. Both sides of the historic part of town lie the broad avenues and streets lined with shops and businesses which are part of modern Benidorm. Everything in this city is geared to the enjoyment of holidaymakers, and it offers a wide range of services, including numerous hotel establishments, restaurants and outdoor cafes and bars. Benidorm has infinite leisure options: everything from strolling along the endless seafront promenade to visiting places such as the central L’Aigüera park, or spending an unforgettable day at the Mediterranean theme park of Terra Mítica. It is also home to various sports facilities, including a sailing school and several scuba-diving schools. Boat trips depart from the port to the small island of Benidorm in the centre of the bay. Legend has it that the island is made from a piece from the nearby Puig Campana rock, which the brave warrior Roland cut off with his sword during a raid by Charlemagne. Its rich seabed makes this a paradise for scuba divers.

Gastronomy, festivities and the surroundings

The local gastronomy is known predominantly for its fish and rice dishes. Paella is one of its most emblematic dishes, together with shellfish –either grilled or steamed– and casseroled or fried fish, or fish stew. Garlic and olive oil are the main components of the mayonnaise-type sauce known as ali-oli, which is served to accompany numerous dishes. Typical desserts from Alicante include almond tart, turron (almond and honey nougat) and ice cream. The region has several wines with the Alicante Designation of Origin label , including misteleta (sweet wine); it is also famous for its horchata (a milky drink made with tiger nuts, and protected with the designation of origin label). Benidorm is a festive town which loves to party. The festivities in honour of the city’s patron saints, the Virgin del Sufragio and San Jaime Apóstol, take place from the second Sunday in November and feature a wide variety of events, including a parade of floats, theatrical re-enactments and fireworks. A few days later, the historic centre of the town becomes the site of the traditional and popular Festa de la Carxofa (artichoke festival). Other highlights on the calendar of events include the festival of the bonfires of San Juan and the Festival of Moors and Christians, both in June. The area around Benidorm is home to a range of exceptional natural attractions. To the north the terrain becomes more mountainous, and features cliffs and escarpments which reach down towards the sea, and also includes the nature reserve known as the Serra Gelada. This is the setting for villages such as L’Alfàs del Pi and Altea. The attractive town of Calpe is located beside the nature reserve of Peñón de Ifach, and harmoniously combines its perfectly conserved historic and architectural heritage with modern tourist infrastructures. To the south of Benidorm, sightseers can discover towns such as Villajoyosa, the capital of the Marina Baja region. Other places of interest in the interior to the south beyond the Sierra de Aitana mountains include Cocentaina, an important mediaeval town, and Alcoy/Alcoi, famous for its Moors and Christians festival, which has been declared a festivity of International Tourist Interest. Finally the mountains of Alicante also offer the chance to explore the Carrascal de la Font Roja nature reserve , in the area around Alcoy. 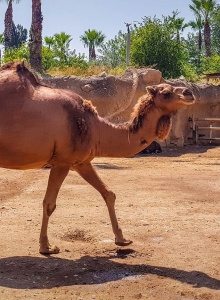 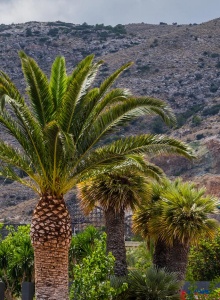 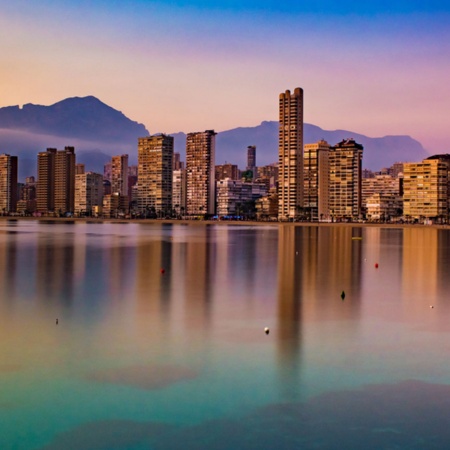 What to do on a weekend in Benidorm 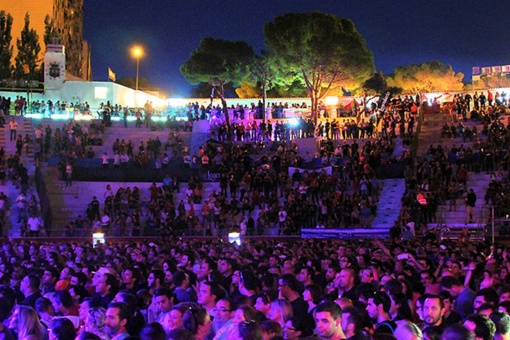