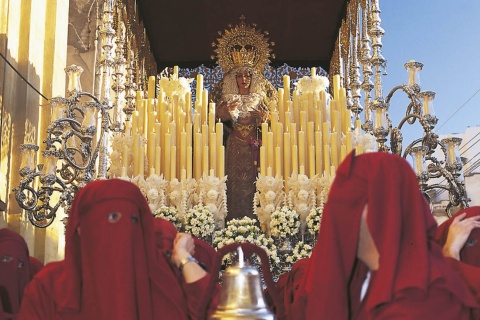 One of the most moving moments occurs on Good Friday in the Plaza de Arriola square, when the nuns of the convent of La Cruz sing to the Brotherhood of Los Dolores de San Juan.

Among the most famous features of the Easter week celebrations in Malaga are the great processional thrones. This event is also famous for the freeing of a prisoner, a tradition dating from the reign of Charles III, when prisoners in Malaga, as a protest against the suspension of the Easter week processions due to an epidemic, mutinied and broke open the prison doors in order to carry the statue of Jesús Nazareno out onto the streets on their shoulders. Once the image had been restored to the church, all the prisoners returned to their cells. This event reached the ears of the monarch who conferred on the image, since then known as 'Jesús el Rico' (Christ the rich man), the privilege of releasing a prisoner every year.

This procession takes place on Easter Wednesday, and the traditional act of amnesty is one of the fiesta's most unusual moments. It takes place at 8.30pm, close to Plaza de la Aduana square: the edict of liberation is read to the prisoner in a solemn ceremony. Kneeling before the statue, he/she receives the blessing from 'Jesús el Rico' – the statue has an articulated arm. Later, the prisoner accompanies the procession on its way through the city.

Easter Week is one of the most spectacular and emotional festivities in these parts. Religious devotion, art, colour and music combine in the commemorative acts of the death of Jesus Christ: the processions. Members of the different religious brotherhoods, dressed in their typical robes, parade through the streets carrying the floats bearing religious statues (known as pasos), accompanied by the beat of drums and music, to produce scenes of sober beauty. 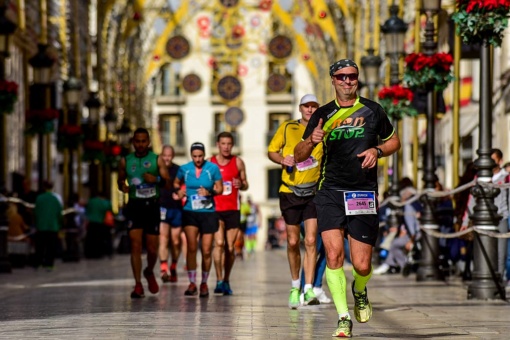 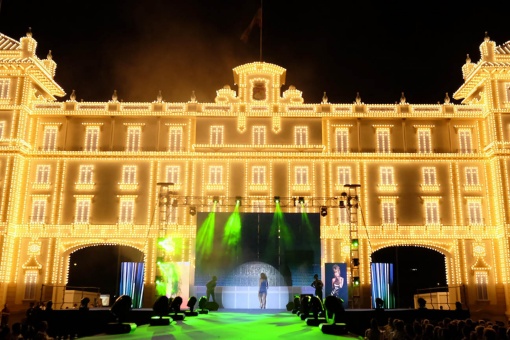