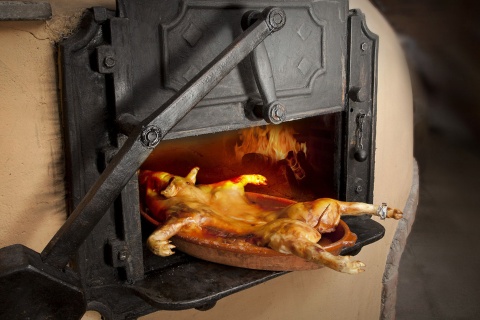 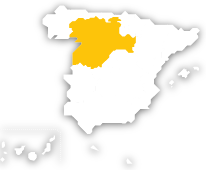 These may be the main dishes of the local cuisine, but they are by no means the only ones. There are many others well worth trying which are prepared with all sorts of different ingredients. For Castilla-Leon, cooking is almost a cult. The visitor only has to witness one of the many food conferences which can be dedicated to lamb, to pork, to game, to wild mushrooms etc. or take part in the age-old ritual called the "matanza" (home butchering), or visit the international trout week, to see just how important quality cooking is to the locals. There are numerous books and novels which make reference to the local cooking, including Cantar de Mío Cid, which raves about its culinary delights. In Castilla, the chef prepares his dishes with great care: lamb, hare, rabbit, partridge, pork, fried breadcrumbs, trout and pickles. This care is also reflected in the sweets, some of which are traditional recipes from old monasteries and convents, as can be seen in the name: "lazos de San Guillermo" (bow-shaped pastries), "yemas de Santa Teresa" (egg yolk confection), "toscas de la Virgen", "bizcochos de San Lorenzo" (sponge cakes), "virutas de San José" (fritters)… which have often satisfied the hunger the pilgrims on the Camino de Santiago.

Hot food for a cold climate

Soups, which can be light, thick or substantial, such as garlic soup, which tastes even better when an egg is poached in it, trout soup, typical from Órbigo de Leon, and Zamora soup, which is basically garlic soup with ripe tomatoes and hot chilli peppers - excellent for keeping away the cold.No other region of Spain produces such quantity and variety of pulses: white, red and black beans, Castilian and "Pedrosillano" chickpeas, various types of lentils, including the Armuña, which is protected by the Denomination of Origin. All these pulses are used to make excellent dishes, generally accompanied by poultry and pork products. Worth special mention is "Maragato cocido", which is prepared with great care and served in a different order than usual.Trout from Leon and Zamora are famous for being the best in Spain. Although they are not very large, due to the cold water in which they reside, their muscles have been developed by the choppy and sometimes quite rough waters, giving this fish an excellent taste.

"Botillo" is a regional emblem of Leon. The pig's stomach is stuffed with abundant meat from the spine, ribcage and tail and boiled. For the locals, this meal is a kind of ritual and they eat it accompanied by potatoes. Hot spicy chorizo and cecina (cured meat) are the starters served at this feast and those who have been lucky enough to participate describe it as nectar. Sausages and cured ham from Guijuelo (Salamanca) and Ledrada, black pudding from Burgos, "farinato" from Ciudad Rodrigo (sausages stuffed with bread and pork fat), sausages from Zaratán (Valladolid) and chorizo from Villar Cayo (Burgos) and Cantimpalos (Segovia) are just few examples of the very wide variety of pork products which were traditionally the main source of protein. Cured ham and sausages from Guijuelo (Iberian pork exclusively fed on acorns) can be compared with the better Jabugo ham from Huelva or Extremadura.The Castilian countryside is a land of doves, pigeons and other game. Logically this is reflected in its gastronomy by such dishes as pigeon stuffed with the boletus wild mushroom and roasted or doused in wine, the excellent partridges cooked Segovian style, the quails in breadcrumbs or the rabbit in garlic sauce. "Empanadas" (meat or fish pastries), similar to those from Galicia are found in El Bierzo, hearty "hornazos" (sausage and egg tarts) at Avila, Segovia and Salamanca. These are just a few examples of simple country fare which has been converted into festive dishes and recognised for their culinary quality.

The wines from Castille-Leon with Denomination of Origin are Cigales, Bierzo, Ribera del Duero, Rueda and Toro. The rosé wine is the most appreciated wine of the Cigales variety, whereas wines with the Bierzo or Ribera del Duero D.O. are mainly intensely red. Rueda wines are white, with a pallid yellow colour and generally young. The wines of the D.O. Toro tend to be very fruity. Ribera del Duero is one of the best wine-producing regions in the world, with the legendary Vega Sicilia at the head.

Christmas food in Castile and León

To whet your appetite, a selection of cured meats and sausages, such as Iberian ham from Guijuelo, pork jerky and cold cuts. To start, a trout soup prior to the main which could be a juicy suckling pig or crispy roast lamb. Aside from the main event, you could also feast on light and colourful Savoy cabbage, seafood platters and dishes prepared with cardoon or the tasty black truffle from Soria. For the finale, sample the sweet taste of Ávila yemas (egg yolk cakes) or the popular candied fruits. 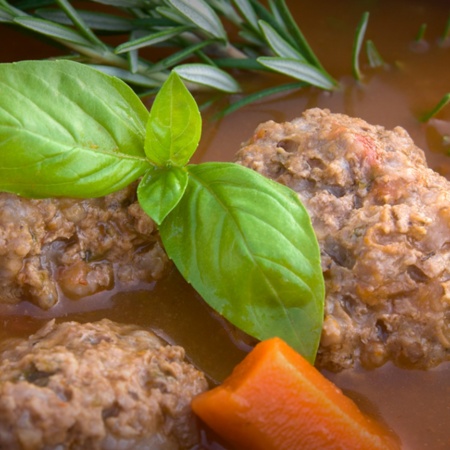