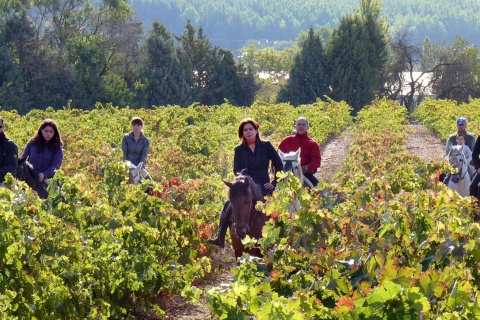 Over 1,200 underground wineries offer ample evidence of the wine culture to be found in every town and village on the Cigales route. Its heritage is well represented in the museums, and by the cultural activities that take place throughout the area. This route's wine culture and its strategic position in the centre of Castile-León make this an excellent destination for anyone interested in wine tourism.

Cigales Designation of Origin (DO) includes quality rosé and red wines that have won awards in numerous Spanish and international competitions. There is a predominance of the tempranillo grape variety, from old vines planted on very characteristic stony soils. New varieties such as sauvignon blanc, cabernet sauvignon, merlot and syrah are being introduced as a complement to the main varieties of tempranillo, garnacha, albillo and verdejo. Cigales rosés are more modern, aromatic and appetising wines. White, sparkling and sweet wines have been produced in the area since 2011. 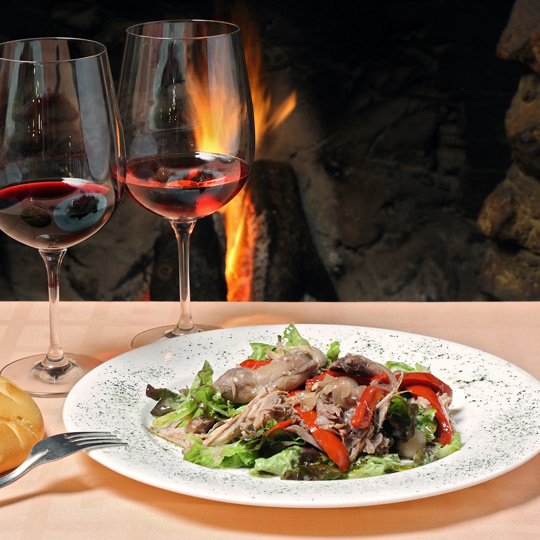 There are a total of nine municipalities on the Cigales Wine Route: Fuensaldaña, Mucientes, Cigales, Corcos, Trigueros del Valle, Cubillas de Santa Marta, Cabezón de Pisuerga, Valoria la Buena and Dueñas. Highlights among the events taking place in the area include particularly its gastronomic festivals, the Cigales Grape Harvest Festival and the living nativity scene in Cabezón de Pisuerga. There is also a wide range of musical, cultural and tourist activities all year round –not to mention the city of Dueñas, with its historic-artistic site. Another recommendation is to visit some of the attractive shrines and churches in the area such as the church of Santiago in Cigales. And of course it's also worth dropping in to the local museums, particularly the Mucientes Winery-Visitor Centre (Wine Museum), and the Pitcher Museum in Valoria la Buena. 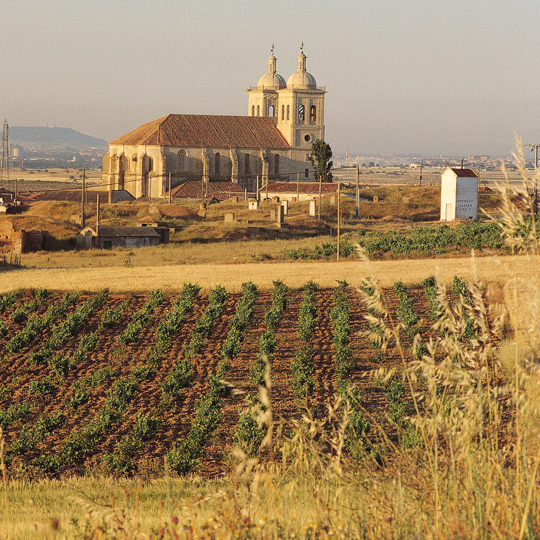 The Cigales wine route is in the centre of Castile-León, between the cities of Valladolid and Palencia. All the municipalities on the route are linked by the A-62 motorway. The route is also very near Valladolid, which has an AVE high speed train station with connections to Madrid in one hour. Villanubla airport is 8 km away and has flights to different points around the country. There are nine municipalities on the Cigales Wine Route: Fuensaldaña, Mucientes, Cigales, Corcos, Trigueros del Valle, Cubillas de Santa Marta, Cabezón de Pisuerga, Valoria la Buena and Dueñas. 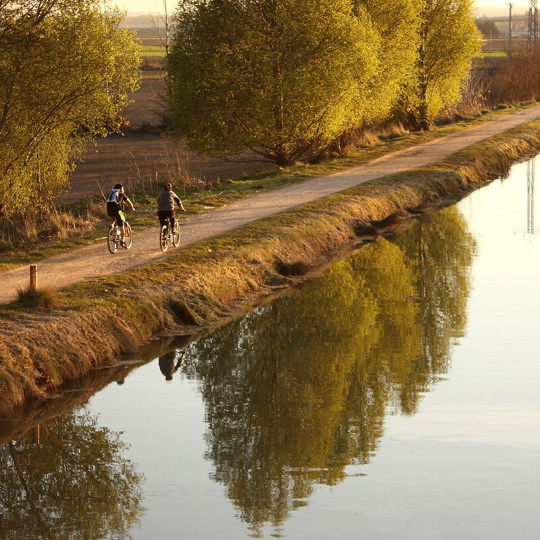