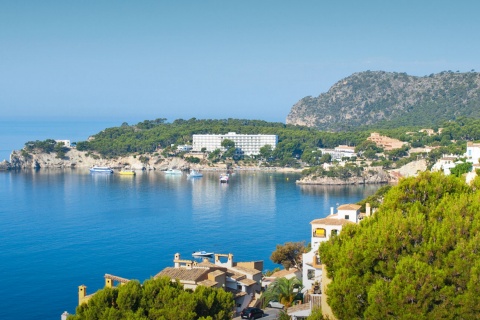 The Majorcan town of Calvià dominates a land on the foothill of Sierra de Tramuntana, on the shore of the Mediterranenan.

More than 50 kilometres that include cliffs, bays, beaches and isles, making it one of the roughest coast lines of the island of Majorca. Ancestral homes, country villas, fortresses and ancient mills are part of the main monuments found in this town, in addition to important prehistoric archaeological sites. The excellent cuisine typical of this region must be added to the many recreational activities available outdoors.

Surrounded by the mountains of Sierra de Tramuntana and only a few kilometres away from the Santa Ponça inlet, the town of Calvià stands the passage of time. Its history begins back in the 13th century, when different villages (inhabited by the peasants who worked the land) were united under a same name. However, this region had been inhabited since prehistoric times, as the many archaeological sites in the vicinity corroborate. Naveta Alemany, Puig de Sa Morisca and Turó de Ses Abelles are some of the best kept Talaiotic remains in the region. The artefacts from the site of Sa Mesquida are from the Roman period, from an ancient aristocratic country house.

The 16th and 17th centuries left a great number of ancestral homes in this town, such as Can Verger or Can Ros, in addition to the extensive system of defence erected along the coast. The continuous pirate attacks that the coastal towns had to endure lead to the construction of a great number of stone and mortar, circular towers. Some of the most significant include Castellot de Santa Ponça, as well as the towers of Cap Andritxol, Figuera Cove, Portals Vells and Sa Porrassa. The ethnographic patrimony of Calvià include flour mills, in addition to farmhouses and lime ovens. In Galatzó, Santa Ponça and Son Martí, there are very typically Majorcan examples of popular architecture. It is also worthwhile to visit the parish church of Calvià, as well as the hermitages of Portals and Pedra Sagrada. The church dates back to the beginning of the 17th century and its two remarkable towers and façade present Romanesque and Gothic elements. On the other hand, the City Hall of Calvià follows a vanguard design that embraces both traditional architecture and the latest artistic trends. The beaches in this area have a busy calendar of activities, as well as a variety of accommodations available. Exclusive hotels are situated among the coves in the area of Illetas. Also in Portals Nous is one of the most exclusive marinas in the island. Luxurious restaurants, bars and ice cream parlours are found along in the wharf. Golf enthusiasts will be able to play their favourite sport in any of the five courses that are situated in the outskirts of Calvià. Fully integrated within the natural environment, these facilities also organise concerts, walks through the countryside and all sorts of recreational activities. Also, water sports can be played at the vast beaches of Palmanova, Magaluf and Santa Ponça. The peace and quiet at Peguera encourages relaxation, among the beautiful pine groves.

In any point of the city, visitors will be able to explore the local culture through its wonderful cuisine. The variety of ingredients that it boasts is manifested in succulent dishes such as the different Majorcan soups (with tomato, cauliflower, cabbage, etc.). Pastenagues negres are prepared with carrots, Swiss chard, "sobrasada", which is a spicy Majorcan spread, "butifarrón", which is a Catalan sausage, raisins and pine nuts. visitors must also try the fried lamb, flavoured with bay leaves, fennel and garlic. The exceptional location of this town makes it a great starting point for the exploration of the region, by going to towns like Andratx and Banyalbufar. Port d´Andratx is a fishing port where the fishing vessels are often mixed up with the sporting ones. The town, situated in the valley, has a beautiful castle-citadel. Cliffs on the edge of the deep green sea, between farmed terraces and steep stone streets are part of the scene that awaits at Banyalbufar. Palma, the capital of Majorca and the Balearic Isles, is also nearby. Its interesting historic quarter, which overlooks the sea, will reveal significant monuments, such as the cathedral, the Palace of Almudaina, the fish market and the castle of Bellver. 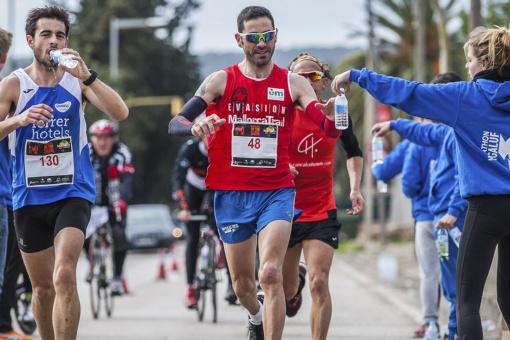