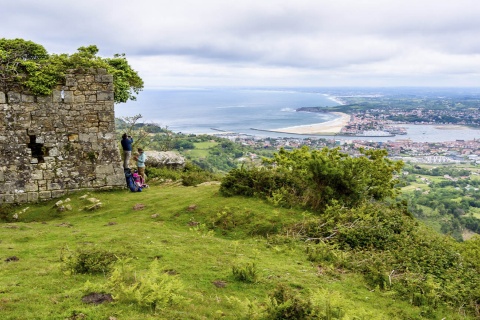 The industrial and commercial character of Irún make it the most significant city on the banks of the Bidasoa river.

A mere three kilometres separate Irún from Hondarribia. Both of them face the French city of Hendaia, with the Bidasoa river as their boundary. Irún has the appearance of a new city, although it is possible to find in it important vestiges from the past. One of them is the church of Santa María del Juncal, from the 16th century, with a Baroque façade, and a Romanesque image of the saint.

Another monumental building is the Baroque City Hall, across from the column of Saint John of Harri, which commemorates the city's independence. Near the square of Urdanibia we find the hermitage of Santa Elena, built on top of a Roman necropolis and temple. We can also visit the Museum of the hermitage of Ama Xantalen. The local and regional calendar of leisure, cultural and sporting activities is very diverse, with choices that go from golf, horseback riding, hang gliding, and canoeing, to the many national and international festivals, which include film, theatre, video art by young filmmakers, and so on. As in Hondarribia, in Irún they also celebrate the "Alarde de Armas" (Weapons Display), a reminiscence of the law-enforcing militias that each town organised and trained. From the border posts that are close to the city, we can continue our Basque Coast excursion through the french towns of Sokoa, San Juan de Luz, Biarritz and Baiona, places of great interest and easy to access.

Butterflies of the World

Shrine and Museum of Santa Elena 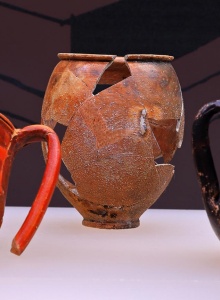