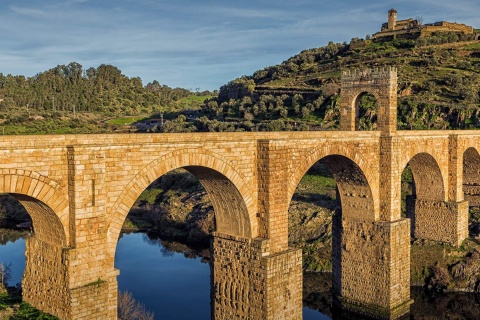 In the last spurs of the Sierra de San Pedro, on the banks of the Tajo river, the historic quarter of Alcántara unfolds.

The city, located on the border that separates Spain from Portugal, informally called "Raya", has a valuable monumental patrimony. Some of the most important constructions include the Roman bridge and those built by the Order of Alcantara. Holm-oak and cork-oak forests are part of the gorgeous scenery that surrounds the Alcántara reservoir, an excellent place for water sports, hiking and horse riding. The bank of the Tajo river also provides many points where the traveller can go fishing.

One of the most emblematic constructions of the town of Alcántara, in Caceres, takes you back to Roman Hispania. It is the Roman bridge, an engineering marvel that was built in the second century over the waters of the Tajo River, which the Romans called Tagus Aurifer. The bridge is more than 200 metres long and 60 metres high, it has six arches and preserves an honorary arch dedicated to Emperor Trajan. Some of the most important monuments in the urban layout of this town were built at the initiative of the Order of Alcántara. During the Middle Ages and up to the 13th century, Extremadura was the border between the kingdoms of Leon and the Moors. For this reason, a number of Military Orders took control over these lands after the Reconquest. The parish church of Our Lady of Almocóvar is a great example of this period, which mainly followed the Romanesque style (already widespread in the north of the Peninsula). Raised on top of an ancient mosque, the church has beautiful fronts that announce the incoming Gothic style.

The paintings of Luis Morales

Alcantara preserves many other buildings, among which are the churches of San Benito, San Pedro and Rocamador. The discovery and colonization of America brought great wealth to Spain, as evidenced by the rich ornamentation of these religious temples. The political power of the Spanish Austrias also left a mark in these new buildings and in the medieval remodelling work, which enhances the town of Almocóvar with the panels of the great painter of the times, Luis Morales. Thus, construction work in the administrative and religious see of the Order of Alcantara at San Benito de Alcántara began in the 16th century. The best artists of the times, like Pedro Larrea and Pedro de Ybarra, worked in the construction of the compound, which includes a convent, a church and a hostelry. The Gothic cloister was erected on top of an Arab fortress. A remarkable feature is an exterior loggia with three levels of arches. Lastly, the church of San Pedro de Alcántara was built in the 17th century and shares the same plateresque and mannerist elements with the previous ones. The region of Alcántara is the ideal place for those who wish to spend their leisure time surrounded by nature. The Tajo riverbed, the nearby Alcantara reservoir and the great cork-oak and holm-oak forests on the foothill of Sierra de San Pedro and Sierra de Gata, provide a myriad of possibilities to visitors. Walking trails and bicycle, quad, or horse riding routes make it easy to get to know the natural surroundings. Fishing in ponds, rivers and reservoirs is another possibility in the Extremaduran region.

Another excellent way to approach the most traditional side of Alcantara is through its succulent food. Pulses (chickpeas with cod) and small-game meat (pheasant and partridge) are some of the most acclaimed products in the dinner table at Caceres. Tench is cooked in many different ways around here. To finish this satisfying meal, try some of the home-made sweets (sometimes made in the convents, as well), so typical of these lands. When it comes to wines, those with the label Designation of Origin - Ribera del Guadiana will be a great companion. Coria, Plasencia, Caceres, San Vicente, Santiago de Alcantara and Valencia de Alcantara are destinations that can be reached from Alcantara. Coria, a Historic Compound of Cultural Interest, is situated on the valley of the Aragon River. The main monuments are the Castle, the Episcopal Palace and the cathedral, with its Renaissance main front of “El Perdón”. Visit this town during the celebration of the Fiesta del Toro de San Juan (San Juan Bullfighting Fest), declared to be of Regional Tourist Interest. Plasencia is located on the bank of the Jerte River, on Ruta de la Plata (the Silver Route). The main points of interest include its two cathedrals (from the 13th and 16th centuries), its main square (Plaza Mayor) and the many palaces, ancestral homes and churches contained in its medieval layout. The town's Inn, or Parador de Turismo, is located in the old convent of Santo Domingo. Coria was declared Historic Compound of Cultural Interest. To the south, Caceres, the capital of the province, awaits. Its historic quarter was declared World Heritage. The Palace of Torreorgaz, the city's Parador de Turismo, sits among palaces, ancestral homes and a dozen towers. The palace is one of the best examples of noble architecture found within the city walls. San Vicente, Santiago de Alcantara and Valencia de Alcantara are situated among cork-oak and holm-oak forests. In San Vicente de Alcántara is the parish-church of San Vicente Mártir and the Castle of Piedrabuena. Valencia de Alcántara has an important number of megaliths, with excellently preserved Dolmens. The Gothic quarter still preserves important medieval buildings such as the church of Our Lady of Rocamador, declared Historic-Artistic Monument. Santiago de Alcántara has interesting cave paintings in "Cueva del Borrico" (Donkey Cave) and the noteworthy church of Our Lady of Consolación. 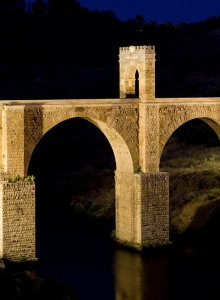 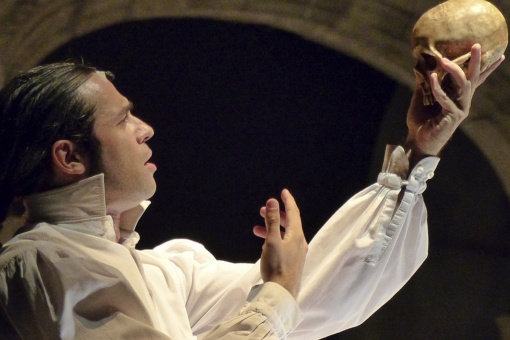