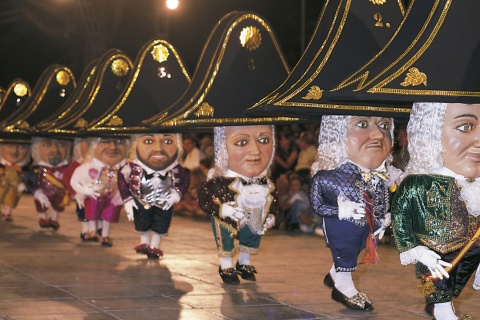 These festivities have been held every five years since 1680. They include a number known as the Dance of the Dwarves that has been declared a Festival of National Interest for Tourism.

Every five years, from June to August, Santa Cruz de la Palma celebrates the Descent of the Virgin of Las Nieves, the patron saint of the island of La Palma. On the last Sunday of June there is a procession of local residents in traditional costumes, who bring the throne of the Virgin Mary down from its hilltop shrine to the church of El Salvador. This marks the beginning of the Semana Chica (secondary fiesta), with events such as the Pandorga, a nocturnal procession through the centre of the town where children carry paper lanterns in every shape and colour, to the sound of music.

The Semana Grande (main fiesta) starts on the second Sunday of July, with street parades featuring carnival figures and the Minué dance. However, the main event of the fiesta is the Dance of the Dwarves: during the first half of the show, the performers play different characters while they dance and sing. In the second part, a polka strikes up and in a matter of seconds participants turn into dwarves and speed up their movements to continue dancing all night long through the streets of the town.

This fiesta is usually celebrated every five years in July and August. 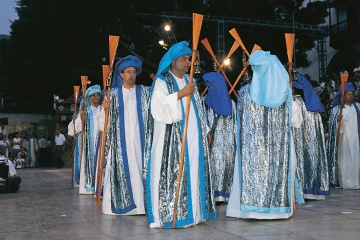 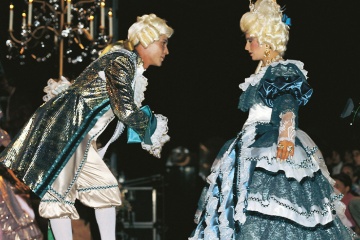