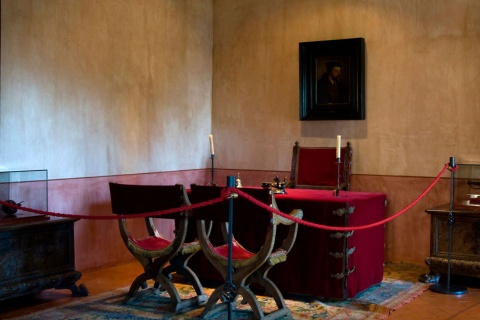 The idea is to recreate an important chapter in the history of 16th century Spain: the last journey taken by Charles I of Spain and V of Germany before his death. The route covers approximately 550 kilometres, from the port of Laredo (Cantabria), in northern Spain, to the Monastery of Yuste (Extremadura).

Cantabria, Castille and León and Extremadura are the three regions of this historic journey, and they conserve a significant amount of built heritage from the period. We can turn from the history books to the road to see some of the towns and villages the monarch visited on this last journey to his place of retirement.You choose where you want to stop, and for how long. The route begins in Laredo (Cantabria), passing through Medina de Pomar (Burgos), Venta de Baños (Palencia), Valladolid, Medina del Campo, Peñaranda de Bracamonte (Salamanca), Ávila, Cáceres (Extremadura) and Jarandilla de la Vera, ending in Cuacos de Yuste. 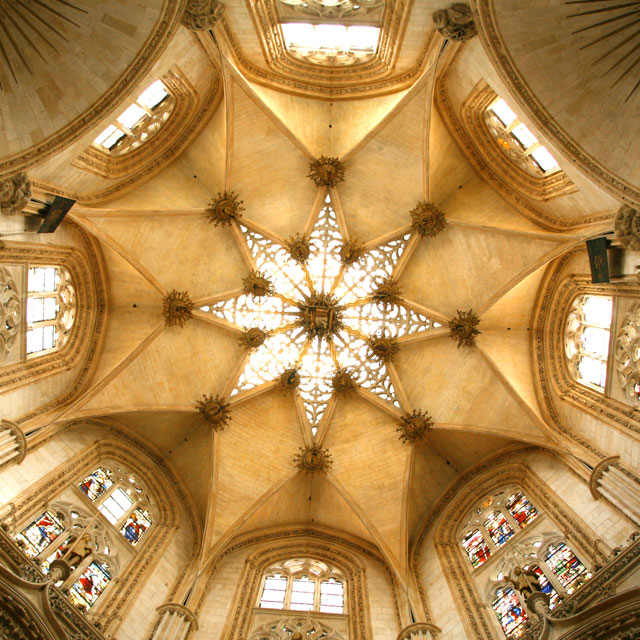 Starting from the Cantabrian Sea

The Holy Roman Emperor Charles V arrived at the port of Laredo (Cantabria) by sea in 1556. This coastal town is now dominated by the beach of La Salvé. Its vast size, over 4 kilometres, make it easy to imagine the historic disembarking of more than 50 ships. Laredo has a historic quarter and city walls well worth a visit, as well as a bust in honour of the monarch. At the end of September, for its fiesta of the ‘Last landing of Charles V’, the locals wear period costume for a parade to commemorate the event.The first stop in Castille and León, just 60 kilometres away, is Medina de Pomar, a medieval town with an impressive 14th century castle, the Alcázar de los Velasco. The city of Burgos, about 100 kilometres away, offers three essential sights: the UNESCO World Heritage cathedral; the Monastery of Las Huelgas; and the Arch of Santa María, depicting Charles V himself. 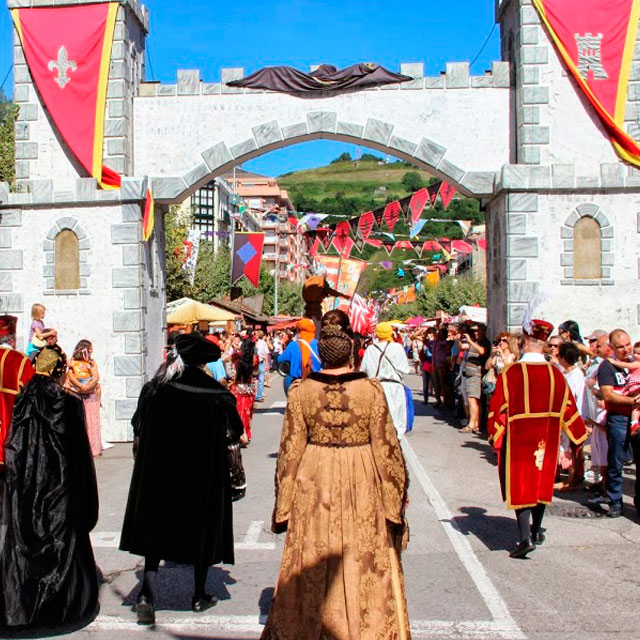 Another 90 kilometres brings us to Venta de Baños (Palencia), with a Visigothic basilica worth a visit. Valladolid, just 37 kilometres away, is a city with harmonious surroundings, ideal for a quiet, relaxing walk.We also recommend the historic town centre of Peñaranda de Bracamonte (Salamanca) and the view of the river Tormes from the castle of Barco de Ávila. The goal is to end the route contemplating the beauty of the Monastery of Yuste (Extremadura) and the palace attached to it, where Charles V chose to spend his last days.

A taste of each territory

Another good reason to take this Imperial journey is the culinary wealth of each stop. The Route of Charles V offers a good sampling of the diversity of Spanish cooking. 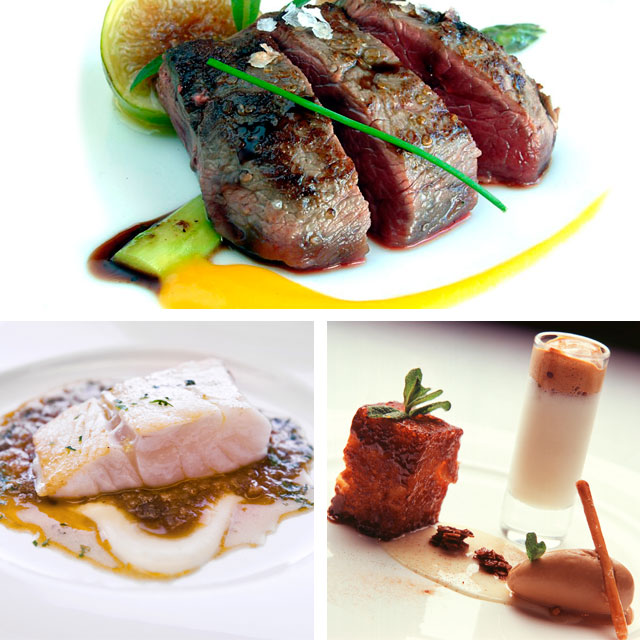 Baked fish on the Cantabrian coast, the hearty stews and meat dishes of Castille and León (beans and blood pudding from Burgos; T-bone steak from Ávila, etc.) and the unique taste of migas (fried breadcrumbs) or lamb stew in Extremadura, an area known for its excellent Iberian ham, as is the province of Salamanca… Many different cheeses, wines from Ribera del Duero and a range of traditional desserts (puff pastry loops, candied egg yolks, French toast, fried milk, etc.) to sweeten the journey.There are plenty of reasons to embark on a recreation of the Route of Charles V with the advantages of the 21st century. 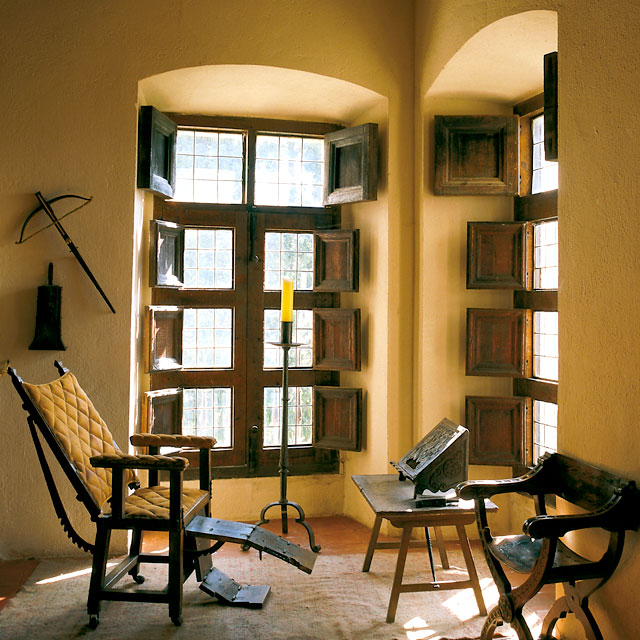 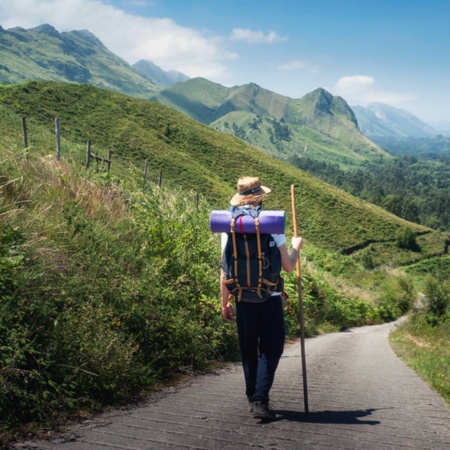 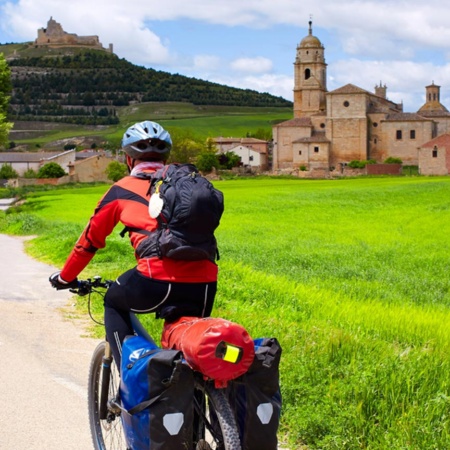 The Way of Saint James by bike 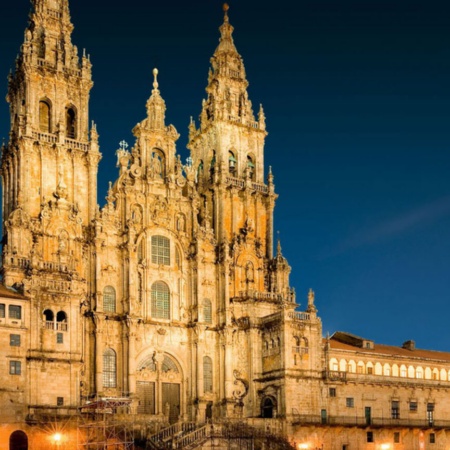